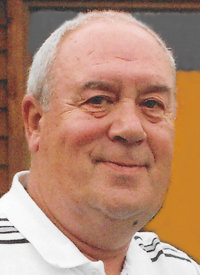 Wayne L. Stutzenberger, 81, of Mount Washington, Kentucky, passed from this life into eternity with his Heavenly Father on Feb. 5, 2022, surrounded by his family.

He was born Sept. 12, 1940, in Louisville, Kentucky, to Catherine (Van Hoy) and Martin Stutzenberger.

In 1960, he married Margaret Roby, and together they raised three children. In 1980, Wayne and Margaret moved to Powell, where they lived for 15 years. While in Powell, Wayne was parts manager at Powell Equipment.

He enjoyed hunting and traveling. A devoted family man, he spent his retirement attending his grandchildren’s sporting events and school functions, and taking care of Margaret as her health declined, while also finding time to garden and go antiquing.