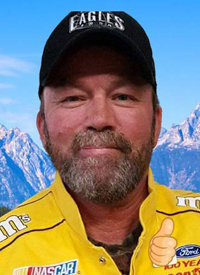 Tom moved to Frannie with his family in 1974. He attended Frannie Deaver High School and graduated in 1978. Tom left Wyoming in 1981, although he returned in 1992 with his wife Darlene Rock, after serving in the United States Army from 1985-1992. Tom also served in the Lovell National Guard from 1993-1997.

Tom dedicated 13 years at Celotex, from 1993 to 2006, as a forklift driver. In 2006 Tom and his wife moved to Shreveport, Louisiana, where he worked in the oilfield as a grease pressure control operator. In 2020 Tom and his wife returned to Frannie.

Tom was preceded in death by his father Wilfred (Buck) Rock.