The importance of student journalism

About a week ago, I read an article from the New York Times titled “Student Journalists Reveal a Changing World. Let Them.” It detailed how student-led newspapers around the states were …

The importance of student journalism 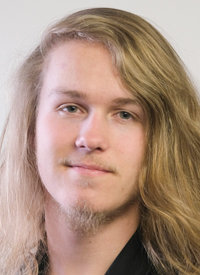 About a week ago, I read an article from the New York Times titled “Student Journalists Reveal a Changing World. Let Them.” It detailed how student-led newspapers around the states were either being defunded or eliminated.

When I first read the piece from The New York Times, I not only questioned other’s faith in the protection of the first amendment, but sorrow since being in a program such as The Prowl allowed me to not only change how I write my essays for school, or how I word my texts to friends, but it changed how I see countless things in the world slightly different than how I did before writing my freshman English final.

More than two years ago, I began my journey into the world of journalism with the help of my favorite former English teacher. My introduction would be our English final of freshman year; a mockup article following the events of the novel “Into Thin Air,” an autobiographical account of the 1996 Mount Everest disaster, where eight climbers were killed on the mountain due to a freak snowstorm.

We learned about the famous “inverted pyramid” writing structure, created a mock interview with characters from the story and used lines from the book or film adaptation, and wrote an article as if we were reporting on it the same week it happened.

After I received high praise from my teacher about my final, at the beginning of the second semester in my sophomore year, I asked the same teacher what it would take to join the ranks of the journalism class for the remainder of the year. Eventually I was a part of the class and I could write stories for the student publication with him acting as advisor to me as well as the rest of the class.

The stories I wrote for The Prowl were extremely formative for me during my time in the class. My first article, discussing the new hit Marvel project “WandaVision” among other items, was considered “fairly decent” for a first attempt by my advisor. Later on down the line I would start to write more complex pieces, some of them would end up being too ambitious for me to finish under a rapidly growing mountain of homework from other classes.

Being able to partake in The Prowl for two semesters is what led me to make the decision to take an internship at the Tribune. Writing is one of the many things that I wish to expand my knowledge and abilities in since my goal for the longest time is to become a screenwriter, since it seems like I am constantly workshopping ideas in my mind for what would make a good story that people would watch.

I realize now that my passion for telling stories, something I have been very transparent with my entire life, could most definitely still grow into something that could take me very far in life if I could only figure out where to apply it. My dream of being a screenwriter, compared to a journalist for example, seems far-fetched to other people and myself whenever I say it out loud. The thought of taking an idea for a story out of your head, and onto a piece of paper is one of the biggest challenges for me simply because it makes less sense when it leaves the brain.

Being a part of a writing class like The Prowl is an experience that I wish everyone could have in their life. To me, someone being able to change their view of the world in order to paint a picture for a story is an ability that is important to utilize in making that individual more whole as a person.

It is a challenging experience to be able to put every thought you have down into a form that makes sense, and hopefully none of the liberties and experiences that I have been so lucky to come by become unavailable to anyone else who wishes to use them.

‘Ageism’ as a public health issue