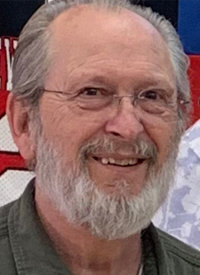 Rick passed away at St. Vincent Healthcare in Billings, Montana, on Monday, Jan. 4, 2021, at the age of 71. His immediate family was given the gift of being able to see him and say “until we meet again” before he left this world to begin his next adventure.

Rick was an only child, born to Harold and Virginia Clark in Springfield, Missouri. They moved to Kansas City, Missouri, when Rick’s dad started working for Missouri Pacific Railroad. Rick attended school and graduated in 1967 from East High School in Kansas City. That fall, he began college in Warrensburg, Missouri, at Central Missouri State.

He met his future wife, Barbara, their freshman year on a blind date. They dated all through their college years. Rick graduated in December of 1971, with a Bachelor of Science degree in Sociology. Unable to find a counseling position following graduation, he began his retail management career in Aurora, Illinois. He and Barbara married in the summer of 1972 and celebrated 48 years of marriage together.

Their daughters, Chris and Courtney, were born a few short years later. There were many moves during Rick’s retail career, from large cities to small towns to country living, finally settling in Powell.

After retiring from retail management, Rick was camp director at Luccock Park United Methodist Camp, in the Paradise Valley outside of Livingston, Montana. He then transitioned to the position of college book store director at Northwest College in Powell. Since 2003, Rick and Barb spent each summer camp-hosting on the North Fork of the Shoshone National Forest, outside of Cody. Those years were the most enjoyable out of any job he had during his life.

He is survived by his wife Barb of Powell; daughters, Chris Hunter (Brian) of Billings and Courtney Clark (Jeremy McElroy) of Miller, Missouri. He is also survived by grandchildren, Connor and Caleb Hunter, and Jazmin, Landon and Blaine McElroy. He also leaves behind an extended family and numerous friends from their various travels. He wouldn’t miss a single opportunity to share his joys and tell stories of how proud he was of his family.

Cremation has taken place at Michelotti-Sawyers in Billings. A celebration of Rick’s life will take place this spring at an outdoor venue in the Shoshone National Forest. At that time, we will be planting a tree, at the suggestion of grandson Caleb, to signify Rick’s love of God’s creation and his time spent there. Family will share details once they have been solidified.

We are so very grateful for the kindness and compassion of the Powell ambulance crew; Powell Hospital Emergency Department, lab and radiology staff; Guardian Flight crew; St. Vincent Healthcare ER, ICU, radiology, surgical and palliative care staff; Michelotti-Sawyers staff. Their care and compassion were beyond measure!