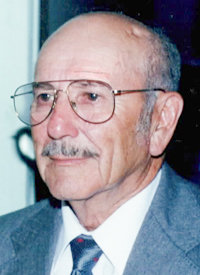 Raymond was born on Feb. 5, 1923, in Powell, to Joseph Rodriguez and Jessie Garcia. He lived in Powell.

Raymond was a farmer and served in the U.S. Navy during World War II as an electrician mate. He was a member of St. Barbara’s Catholic Church, Knights of Columbus, Veterans of Foreign Wars, as well as snowmobilers and golf clubs. He enjoyed travel, golf, and snowmobiling.

Raymond was preceded in death by his parents, brother Robert, son Robert, sisters Mary and Lupe, and baby sister Mary.

Memorials can be sent to St. Barbara’s or Powell Senior Center.