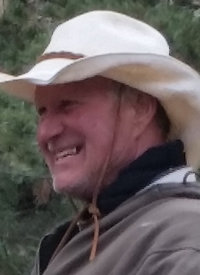 John T. Williams passed away peacefully in his home on Jan. 4, 2022, after a courageous battle with cancer. He was born to Milton C Williams and Esther DeSouza on Feb. 1, 1951, in Fairfield, California.

He grew up in the small town of Goodland, Kansas, where he graduated high school. He was fortunate enough to come of age alongside his cousins and was very close to his family and friends there. He had a great community around him and was able to take those experiences with him on his adventures, including time spent working in Alaska. He also worked in underground mining, in the Silverton Mine and in Cripple Creek, Colorado. He even continued to help his community in his final stop at his homestead in Powell. He was rarely seen without his dogs, horses and a smile.

John was a devoted husband, father, and grandfather, as well as an avid outdoorsman and U.S. Marine. He will be deeply missed by his friends, family and all who knew him.

John is survived by his loving wife, Shelley; his children, John T Williams, Sam Nice and Sarah Williams; his sister Mary Williams; and sisters-in-law, Kathy Williams and Susan Gillmer. He is also survived by his precious grandchildren and other family and friends.

He was preceded in death by his parents and his brother, Joe Williams.

At John’s request, there are no services scheduled, and in lieu of flowers the family requests donations be sent in his name to the Wounded Warrior Project or charity of your choice.

John was strong in his faith and loved the Lord. We shall meet again.