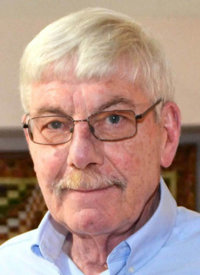 Bruce was born April 28, 1950, in Watertown, South Dakota, to Ralph and Mary (Shelton) Hubbard. After graduating from Watertown High School in 1968, he attended the University of Arizona in Tucson where he was on the debate team. He graduated in 1972, with a bachelor’s degree in government. Bruce earned a law degree from the University of South Dakota Law School, Vermillion, in 1975. He was then selected to clerk for the chief justice of the South Dakota Supreme Court, where he worked for a year.

Bruce moved to Sturgis in 1976, to practice as an associate attorney with Morrill and Hansen Law Firm. One year later he became a full partner, and the firm was renamed Hansen and Hubbard Law Firm. His areas of practice included civil and criminal litigation, probate and estate planning, family law, real estate and contracts, and appeals. He retired from the law firm in 2012.

Bruce was a member of the Meade School Board from 1980-1983, serving as president his last year. He was a member of the Sturgis Area Chamber of Commerce board of directors, and was president of the Black Hills Motor Classic Board from 1989-91, presiding over the 50th motorcycle rally. He was Meade School District school board attorney for more than 30 years, and also served as Whitewood City attorney.

For the past 14 years, Bruce’s passion and purpose in life had been serving as the defense attorney for the Northern Hills Drug Court. He firmly believed that individuals fighting drug addiction should be treated rather than incarcerated, and that drug court could help turn their lives around and enable them to be productive citizens.

A memorial gathering will be held at a later date. Condolences may be sent to www.kinkadefunerals.com.