Beekeeping is tough, but success is sweet

Being a beekeeper is tough.

Looking back now, soon after harvesting more than 60 pounds of honey, my wife and I can finally recall at a series of struggles and failures that has led to success, …

View from the Coop

Beekeeping is tough, but success is sweet 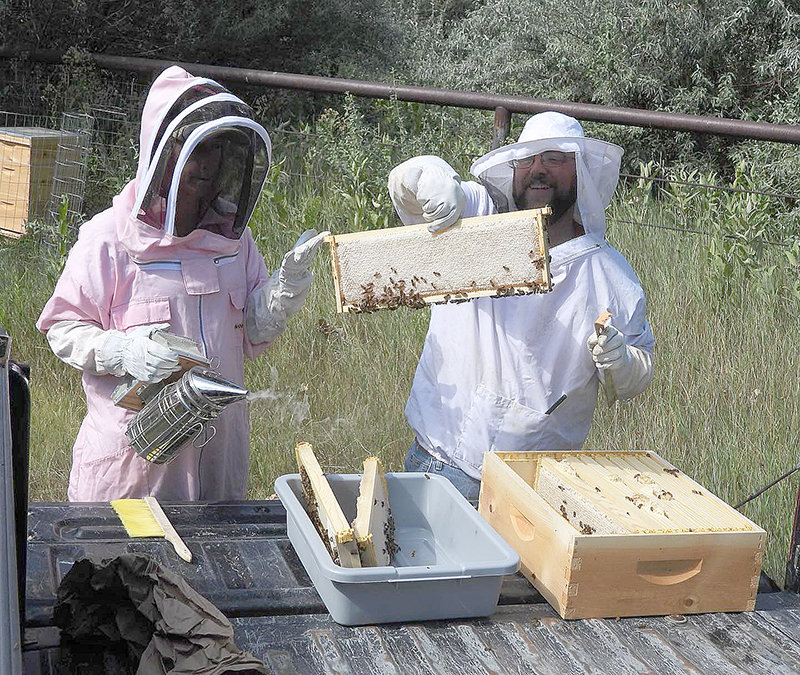 Kristi (left) and Zac Taylor remove frames filled with honey at one of their successful hives in Douglas, a week after gathering roughly 15 pounds of honey from their Powell hive.
Photo courtesy Tammy Taylor 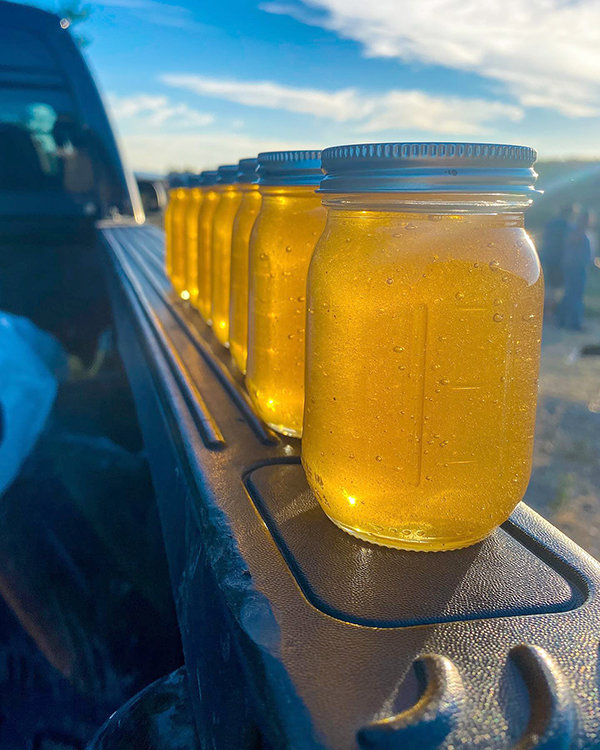 The jars brought down to Douglas for the honey harvest were far from adequate as the amount of honey harvested from just two hives — while leaving plenty for the bees to overwinter on — was far more than expected.
Photo courtesy Kristi Taylor 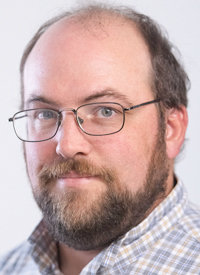 Being a beekeeper is tough.

Looking back now, soon after harvesting more than 60 pounds of honey, my wife and I can finally recall at a series of struggles and failures that has led to success, instead of brooding on a series of failures with no knowledge of what success would even feel like.

The previous struggles have made the honey we harvested this year all the sweeter. We’ve also gained an appreciation for bees themselves, how mighty yet finicky they can be, how tough and how fragile.

My wife dragged the family into beekeeping initially in 2020 (a lot of people made crazy decisions that year) and so we purchased everything needed to get started. We got suits, a smoker, a deep hive body with baseboard and lid. I even scrounged up cinderblocks and an old pallet for a stand to keep the hive off the ground and away from (some, not all) predators.

Then we added bees. It was a package of Italian bees from California, shipped to us along with a queen in a separate box. The issues started almost immediately. While trying to break off some of the candy blocking the entrance to the queen, I accidentally removed it completely. We never knew if that queen ever went in the hive. The package of bees we opened, shook and dumped into the hive, quite possibly the scariest experience ever. The wooden package is still discarded on our property — I don’t think any of us wanted to pick it up and relive the horrible memory.

Anyway, we ordered another queen to allay fears the first one hadn’t gone in, and then a third when on a later inspection we couldn’t spot the marked queen.

But we couldn’t catch a break. We had to move the hive so Weed and Pest could spray leafy spurge on our property, and soon after the colony simply died out. They hadn’t even made it to honey harvesting time.

We had swung and missed, but only strike one. So the next spring, we tried again, this time ordering a nuc (five established frames of a colony with a queen) from a company based in Wyoming. And we got tougher Carniolan bees.

With Hive No. 2, big red ants became a problem, invading the hives and carrying out dead bees. Some ants can be expected on a lot of hives, but this was bad, so we moved the hive away from the major ant colonies, and took out any ant colonies in the area we could for good measure. This seemed to work, and come harvesting time we inspected the hive to find honey. It looked to be enough for them for the winter, but just enough, so we didn’t harvest and instead winterized the hive with hops to see bees again in spring.

And wouldn’t you know it, when we checked in the spring, the bees were there. We had successfully overwintered a hive. We celebrated, but not for long. A couple of weeks later we went out to the hive to find the bees were gone. Not all dead, just gone. They had swarmed, and we soon discovered the probable reason: within the gap of one of the cinderblocks, hidden from view, was an ant colony littered with bee carcasses. The ants hadn’t gotten all of the bees, but clearly the hive wasn’t thrilled, so it packed up the queen and left. We searched but couldn’t find the swarm.

We were too committed to quit. We had actually just installed three new hives down at my father’s small ranch in Douglas, but we wanted bees at home too, so my son and I drove to Worland to pick up another nuc. My wife found steel bases to hold up the hive and prevent ants from getting in, and then we were up and running with more bees, albeit a bit later than usual.

And yet, when we went to harvest recently, we had honey and enough to take some. It wasn’t as much as our threes hives in Douglas would yield a week later, but it was enough to give the uncapping knife and frame spinner a test.

December happenings at the library