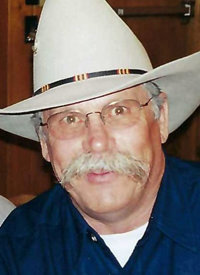 Alan James Gauthier, 77, of Cody, passed away at the Spirit Mountain Hospice House on July 6, 2021.

Alan was born in Lansing, Michigan, on July 16, 1943, to Charles and Geraldine Gauthier. He grew up in Manistique, Michigan, where he graduated high school in 1961. Following high school, Alan enrolled in the Air Force and eventually served in the Vietnam War with the Special Forces, as an Air Force Army Commando.

He loved hunting, fishing, camping and motorcycles. Sharing these interests with his family and friends was his pride and joy. He took every chance to socialize with close friends and new acquaintances.

Alan is survived by his wife Sylvia; son Randy Clark Jr. (Shelby); daughters, Cassandra Nainan, Jessica Williams (Damon), Jennifer Stearns (Mike), Michelle Diaz and Angela Logan; and numerous grandchildren and great-grandchildren, along with many others who loved him as a father figure.

He was preceded in death by his father Charles Gauthier and mother Geraldine Gauthier, his son Trent Nainan, and brother William Gauthier.

Services will be held at Ballard Funeral Home, in Cody, on Saturday, July 10, at 10 a.m., followed by a reception at the Cody Auditorium. An online guestbook is available at www.BallardFH.com.