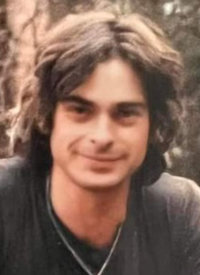 Tomas Lynn Davison passed away in Billings, Montana, Aug. 10, 2022, surrounded by loved ones.

Tomas was born June 29, 1954, in Arlington, Washington, to Duane and Sylvia (Goodridge) Davison. As a child Tom moved with his parents from Washington to Wyoming, where they lived in the Lovell/Cowley area for many years working on the family farm with his dad and two brothers, eventually ending up in Powell where he graduated high school with the class of 1972.

After high school Tomas started a career in Oregon Basin as a gas plant operator, for Ralston Processing, until 1991, when he moved to Gillette, Wyoming, to work for Western Gas as an operator. He ended as a lead for the area.

On March 3, 1989, Tomas married the love of his life, Nancy Jane Enes, and started out on a lifelong journey together until his death. Nancy brought to the marriage two children from a previous marriage, Heidi (Gibbs) McIntosh and Kacey Gibbs, and Tomas brought two children to the family, Elizabeth Davison and Joel Carmon. It didn’t take long for Tomas and Nancy to bring twin boys into this world on Oct. 27, 1989, Glen Colter Davison and Tomas Chance Davison.

In later years, Tomas returned to Powell to work for his brother Mitch. An untimely accident forced him into retirement a few years later. At the time of his death he lived in Billings, Montana, with Nancy, where they resided for several years. He was a good husband, father and grandfather in life. He was always the one you could count on if you needed anyone. The thing that brought him the most joy though, was all his grandkids and his great-grandkid. He tried to give them the life that he never had, and he always brought a smile to the ones he loved. He will be truly missed.

Tomas was preceded in death by both his parents, Duane and Sylvia Davison, son Tomas Chance Davison, and nephew Joshua Davison.