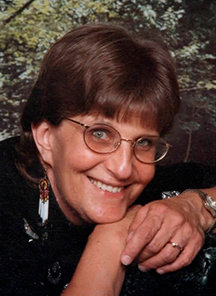 She was known for her charitable work, with her husband, in fixing and donating bicycles to area children under the name of the Lauralynn Project.

Sherrie was born March 14, 1956, in Powell, daughter of Richard and Estella Howard.

She is survived by her husband, Richard Perkins, in Cody; a son, James Perkins; a daughter, Katrena Cross; sisters-in-law, Patty Perkins and Tina Zane; nephew Chris Stingley; niece Mariah Walker; four grandchildren; numerous cousins; and many who knew her as Grannie through the Lauralynn Project.

Memorial services will be conducted at Crown Hill Cemetery in Powell on her birthday, March 14, 2023, at 2 p.m.

In lieu of flowers, donations would be appreciated to help cover funeral and burial costs. Send to Thompson Funeral Home, PO Box 807, Powell, WY with Sherrie Perkins noted on the memo line.