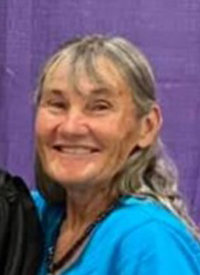 She was born Jan. 14, 1955, in Lusk, Wyoming, the daughter of Grant R. and Ella Marie Ward. She spent her childhood in Lance Creek, Wyoming and attended the Cow Creek school, graduating from Niobrara County High School in 1973.

She lived in Lusk and Powell after her marriage to Thomas Charles Middleton in Manville, Wyoming, Aug. 25, 1973. Two children (Robert and Tamara) were born to this union.  Thomas passed away in 1978, after which she married Bryce Steven Walker on Nov. 4, 1978. She was baptized a member of the LDS Church on Oct. 26, 1979, and lived in Lovell, Wyoming. Two children (Steven and Ella) were born to this union. Ruth married Glen Rice Howe in the Idaho Falls Temple on Jan. 5, 1996.

Funeral services will be held Tuesday, Jan. 10, 2023, in the Church of Jesus Christ of Latter-day Saints in Lovell with Bishop Ken Grant conducting with burial in the Lovell Cemetery. Haskell Funeral Home oversaw arrangements.