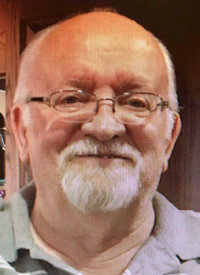 Randy was born on Feb. 2, 1948, in Powell, and attended local schools, graduating from Powell High School with the class of 1966. He also attended Northwest Community College, the University of Wyoming, and served in the Wyoming National Guard for six years.

Growing up, Randy enjoyed playing baseball and swimming, as well as boating and fishing with friends and family. As a teen, he was a lifeguard and swimming instructor at the Powell city pool. His senior year, he was captain of the PHS swim team. He was an excellent diver and competitor. He loved the comradery and friendships he made in school which lasted throughout his life. He always had a smile and an upbeat attitude.

Some of Randy’s favorite childhood memories were of his family’s time spent with grandparents, aunts, uncles and cousins where he experienced unconditional love and positivity. These qualities shaped him to become an active listener and the best confidante a friend could have. Randy shared a special bond with his sisters, Lynee, Rhonda, and Loree. The experiences they shared during childhood and throughout their lives were influenced by the love and support of his mother, Eileen, and father, Jack.

Randy had a beautiful tenor voice. He sang in the school choirs and pop group, and participated in musicals at NWCC. He also sang at weddings and was part of a quartet (with Gail Jones, Linda Jones and Todd Welch) which performed at special events locally.

Randy learned to shoot pool from his father and grandfather (Homer), and often jokingly answered the home phone with “Hello … Funk’s Pool Hall.” When his daughters were in grade school, he had a pool table set up in the living room and taught them how to play. He also taught them how to play video games. They were (still are) pretty skilled at both.

Randy’s father also taught him woodworking and how to work on cars. He loved his 1955 Chevy and greatly appreciated ALL the things he learned from his dad, who was an excellent role model and teacher. He must have been paying attention to his mother’s cooking, because he turned out to be an excellent cook, too.

Randy was a natural athlete, and he loved sports of all seasons. He was always willing to share what he knew and he was very patient. He taught his first wife, Sherry Allen, how to downhill ski, water ski, golf, bowl and ride motorcycles and snowmobiles. He enjoyed golf with the Powell men’s league, as well as competing in tournaments around the state with his brother-in-law, Charles Youtz. They typically signed up as “Funk-Youtz” and always got a round of laughter when they were announced at tee-off (those rascals!). They also flew to Las Vegas or State Line for a little gambling from time to time. They were very close friends and had some exciting adventures together.

In his early 20s, Randy worked for Guymon Electric (alongside his father) as an apprentice electrician. They worked on several projects around the state. When he learned he was about to become a father, he started a career at First National Bank of Powell. He attended the Colorado School of Banking in preparation for the position of auto loan officer. He really enjoyed his coworkers and new friendships.

His daughters, Darci and Deena, were born during this chapter of his life. They were the light of his life. He was very proud of them and he told them so quite often.

In 1979, he and Charles (Charlie) Youtz purchased a John Deere/Hesston dealership in Hardin, Montana, which Randy managed. Three years later, Randy and his family returned to Powell and he sold insurance, first for Farm Bureau and then Prudential.

After a trip to Sacramento, California, in late fall 1987, and finding a job at a mortgage loan office, he and his family moved to Sacramento. The following years were full of adventures and seeing new places.

Randy had various positions in sales, customer service, and management. With his outgoing personality, he made many new friendships along the way. He was a very good listener and non-judgmental. Of all his work experiences, he especially loved owning/operating a karaoke business. He enjoyed the music and keeping up with the most-requested songs. He really enjoyed singing and seeing friends having fun. In the fall of 2000, he and Sherry separated and later divorced. Randy continued developing his karaoke business, and in 2002 he married Linda Kennedy. They worked together doing shows and eventually began managing Gold River Storage in Gold River, California.

With Linda, Randy rediscovered his interest in art, creating many beautiful projects using wood, glass, ostrich eggs and other mediums. Their love of cooking was also a favorite interest of Randy’s. They enjoyed many hours of testing or creating new dishes. They loved to travel and went on several memorable cruises.

For everyone who knew Randy, there is probably a song (or many) that will remind you of him. He would love that.