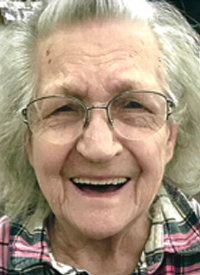 J. Earl Wolf Jr. claimed her as his wife Dec. 11, 1942. Polly, a child of the Depression, began working in junior high as a live-in babysitter, and summers were spent in the Poconos working at resorts alongside her sisters. Then, she worked as a data entry clerk at Bainbridge Naval Station until the birth of her first child.

Later she had a day care, finally retiring from Quality Cleaners in Oxford, Pennsylvania, as a presser when she and Earl prepared to retire in Wapiti, Wyoming. They built a log cabin, developed a greenhouse, a garden and hosted relatives, friends, friends of friends and a variety of international travelers.

Private family services will be held at a later date. Donations may be made to a charity of choice.