On Friday afternoon, Brian Schroeder will be sworn in as Wyoming’s next superintendent of public instruction. But on Monday, he was still teaching classes at Veritas Academy in Cody, preparing … 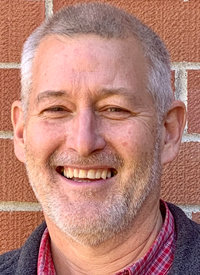 On Friday afternoon, Brian Schroeder will be sworn in as Wyoming’s next superintendent of public instruction. But on Monday, he was still teaching classes at Veritas Academy in Cody, preparing to make the transition from the 45-student Christian school to leading Wyoming’s K-12 public education system.

The coming weeks will be challenging for him and Veritas, Schroeder said, but he’s looking forward to the new role.

“This is a tremendous honor,” he said. “Of course, it’s overwhelming, but I’m excited to be able to contribute. I’m thankful for the opportunity.”

Until Superintendent Jillian Balow’s Jan. 13 resignation, Schroeder said he hadn’t considered seeking the position. But he was soon encouraged to consider applying.

“After several days of thought and prayer, I thought, OK, I’ll throw my hat in the ring, not thinking it would go very far,” Schroeder said. “But here we are. It’s been wild.”

In columns and speeches, Schroeder has been a vocal critic of critical race theory and has raised concerns about what’s being taught in American schools; at a July Freedom Celebration in Cody, he bemoaned American schools progressing, among other things, “from 8-year-olds learning to read and write to 8-year-olds learning about the gender spectrum” and “from students failing a class because of low grades to failing a class because they refuse to confess their ‘white dominance.’”

In September, at a rally against COVID-19 vaccine mandates, he called Wyoming “the last bastion of conservatism and common sense and old fashioned values and historic Americanism in this country.” He said America is at a tipping point “and only history will reveal if we reach the point of no return.”

Having yet to take office, Schroeder said it’s too early to start talking about issues he may want to tackle as superintendent. But he said his overarching principle in education is the importance of teachers, administrators and school boards staying accountable to parents, who pay the taxes.

“They delegate this responsibility of educating their kids to us, but they’re the owners and they’re the boss,” he said, “and we need to be in close communication with them and be humble enough to stay accountable to them.”

As he heads to the Wyoming Department of Education, “I don’t plan on going in there and shaking things up,” Schroeder said. “For the first 10 to 12 months, I just want to learn the ropes, really get to understand all aspects of the job [and] build relationships with people.”

“I understand I have a wonderful staff to work with,” he said, adding that he’s really looking forward to meeting and building the team and receiving whatever mentoring is available.

While he thinks the bureaucracy of public education is different, with private schools operating “slimmer and trimmer,” Schroeder believes his 15 years of teaching and serving as an administrator at private schools will translate to his new role.

Whether in a parochial school, a private school, public school or even homeschooling or private tutoring, “education is education,” he said. “It requires the ability to connect with students and to communicate and to break things down and just to have the gift of teaching to be able to translate concepts and educate these young people.”

Schroeder said he brings a passion for education, a willingness to learn and a commitment to equipping teachers, being accountable to parents and doing right by the kids.

“I’m very concerned about the next generation of young Americans coming up through the ranks,” Schroeder said, citing concerns with addictions to social media and many who “struggle with a work ethic.”

“We’re seeing some real challenges, and in some ways, we’re losing our young people,” he said, calling it a “tremendous concern” that Wyoming has one the highest suicide rates in the nation.

“It starts in the home and in our schools as to whether we lose them or whether we can prepare them, keep them going forward with a hope in their hearts, with a love for life, a love for learning,” he said.

Schroeder is set to be sworn in at 3:15 p.m. Friday in Cheyenne.

(Editor's note: This version corrects the time that Schroeder will be sworn in.)