Six new sporting opportunities were passed by the Park County School District 1 Board of Trustees on Tuesday, as sports from sixth grade through high school were approved.

Starting at the high … 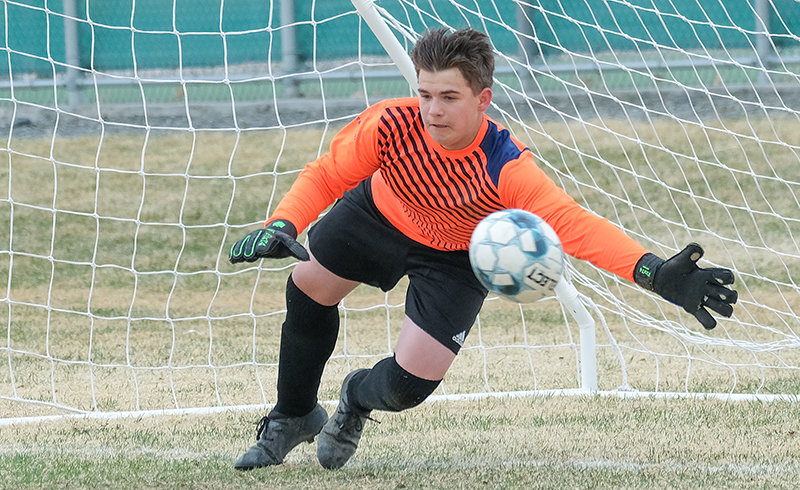 Ryan Rivas dives for a save during the Powell Middle School soccer season. The middle school approved the soccer squad as an official team and sixth graders had three sporting options approved Tuesday night by the Park County School District 1 Board of Trustees.
Tribune photo by Seth Romsa 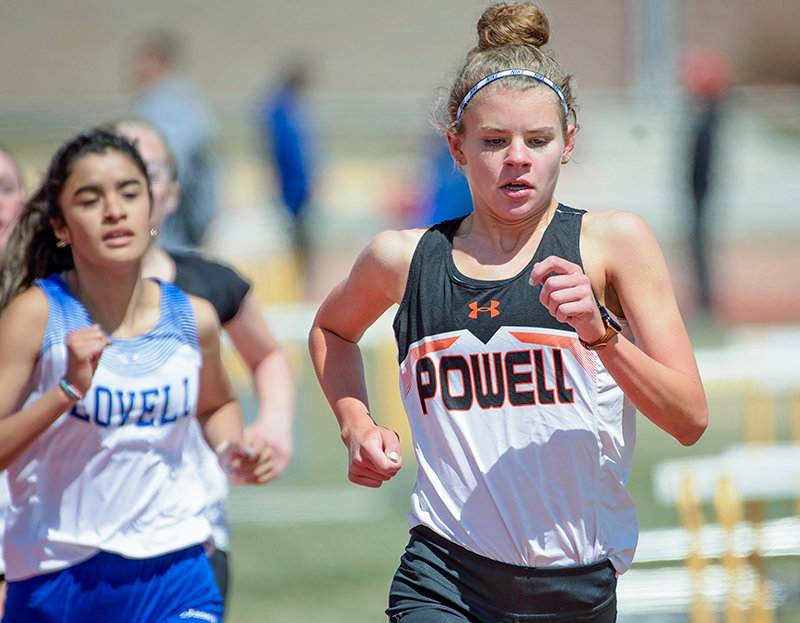 Brynn Hillman helped lead the way in the push for an indoor track team, initiating the conversation with a letter sent to Park County School District 1 Superintendent Jay Curtis. Indoor track, along with multiple other sports, were approved on Tuesday night.
Tribune photo by Carla Wensky
Previous Next
Posted Thursday, June 16, 2022 8:15 am
By Seth Romsa

Six new sporting opportunities were passed by the Park County School District 1 Board of Trustees on Tuesday, as sports from sixth grade through high school were approved.

Powell has had a strong history of girls on the wrestling team, and had one wrestler on the team this past season. Yessenia Teague is set to head into her senior year.

In addition to the approval of girls’ wrestling, the board also approved the creation of an indoor track team.

Four members of the public including junior Brynn Hillman and distance coach Tracy McArthur came forward to speak in support of the creation of a program before the board voted.

PCSD 1 Superintendent Jay Curtis said that Hillman spearheaded the effort when she initially sent him a letter concerning the creation of a team in order to offer more opportunities for athletes in the winter.

Ever since indoor track’s introduction in Wyoming in 2006, Powell athletes have competed with a combination of both Cody and Lovell, and had more than 20 athletes compete with Lovell this past season.

Figures provided to the board determined it would not come at a significant cost to the district, and would give additional options to students wishing to compete over the winter months.

Indoor track has been a one-class system since its inception, but is set to move to a two-class system when the next reclassification cycle occurs — the proposal for a multiclass system was approved by the WHSAA in November.

Heading down to the middle school level, the Cubs boys and girls soccer teams were recognized as an official sport.

The programs had been competing as a club sport over the past three years, and were formally approved, as the teams have seen more than 40 kids combined join the program each year.

Sixth graders will be able to participate, beginning next year, in selected sports.

Both boys and girls will be able to participate in cross country, wrestling and cheerleading.

Sixth grade sports were initially denied participation 10 years ago when the board had concerns of piling additional responsibility onto sixth graders as they transition into middle school.

These sports were selected because they are a more individual focused sport, and more team-centric sports would have added additional resources that would have made it difficult to create more teams.

This left sports like swimming, basketball, track and field, football and volleyball out of the resolution as a result.

PCSD 1 is the only 3A school that did not offer sixth grade wrestling prior to its approval.