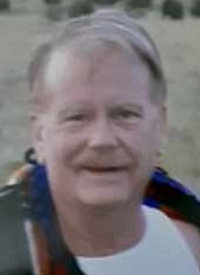 He earned his bachelor’s degree in biology from Creighton University in Omaha, Nebraska. Over his working career for Gallup Indian Medical Center and P&M Coal Mine-Chevron Coal, he retired as certified coal mine safety officer. He remained up to date on his CPR certifications.

Dad was always an avid outdoorsman, being active throughout his life as a motorcycle rider of all types on dirt and on road. He was an avid golfer, hunter and bowler. As a bowler, he was the first ever to bowl a perfect 300 score in 1976 at Gallup Gall-A-Bowl bowling alley, and again in 1997 and 1999.

Jeff raised his children and grandchildren, teaching them how to be accountable, respectable, hard-working, loving, caring, sharing and honest.

He was preceded in death by his parents, Jack and Rose Ella Marie Stahn, and sisters Karen, Jacalyn, Geraldine and Tomi.

His loving spirit is missed in all things like daily calls, text messages misspelled purposely yet made sense, cookouts, family gatherings and Navajo ceremonies. We love you, Dad. He always said Bye, not Goodbye! Now it’s Goodbye for now.

Jeff chose to be cremated, and his family has his ashes to spread from Montana to Cancun, Mexico.

Friends and guests may leave notes and salutations at: https://www.mykeeper.com/profile/JeffStahn/ and  https://www.gofundme.com/f/in-memory-of-jeff-stahn?qid=2f8f077f48c1847403cc6b7e300e787a.