It may turn out to be one of the biggest Powell High School Alumni Weekends in history this week, fueled by make-up “plus 1” class reunions that were COVID-canceled a year ago. 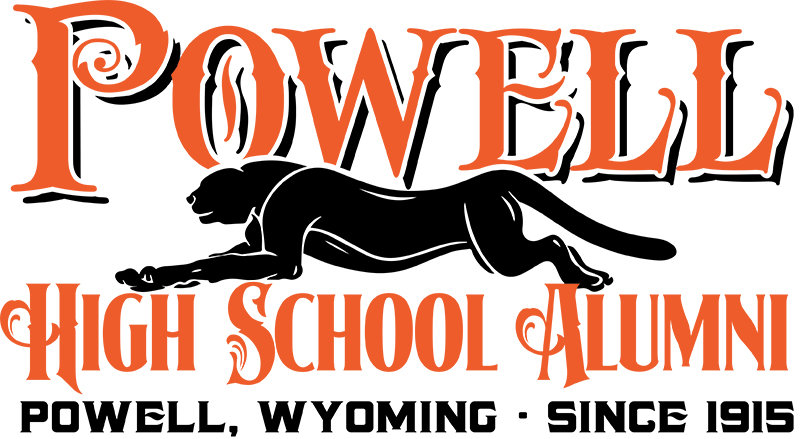 It may turn out to be one of the biggest Powell High School Alumni Weekends in history this week, fueled by make-up “plus 1” class reunions that were COVID-canceled a year ago.

The PHS Class of 1970 will stage a make-good of its 50th class reunion wiped out by the pandemic a year ago. It’s heralded as 50 plus 1.

“We’re excited about getting together this week after our disappointment last year,” said Lynn Bennion of the Class of 1970. “Our class has been pretty faithful through the years about getting together, but for sure the Golden Anniversary was really the one we wanted everyone to plan for. Most of our class agreed to give it another try this year, and we have had a great response.”

At last count, more than 100 classmates and guests had RSVPed.

“Some of our class haven’t been back home for 10-plus years, and I think for a couple, this will be their first!” Bennion said.

The Class of 1970 dinner and program will be at 6 p.m. Friday at the Eagles Lodge. All options of the Saturday alumni weekend have been promoted — especially the “Boomer Picnic” Saturday afternoon at Washington Park.

“We call it that because it has been sponsored the last few years by classes who were in PHS when we were —1966 to 1970 — and most of the attendees are in that age group,” Bennion explained. “We have made an extra push to include the Class of 1971 celebrating 50 years.”

The Eagles has a DJ on Friday night, and the Class of 1970 is inviting everyone to come by its venue after 8 p.m. for music and dancing.

The PHS Class of 1980 will hold its 40 plus 1 party Friday evening on the Powell Golf Course patio with appetizers and bar. They expect about 30, said Julie Norberg.

For its 55th plus 1 gathering, Terry Waln said the Class of 1965 will meet at the Elks Club Friday evening with an expected turnout of 25 to 30.

The Class of 1990 will restage the 30th that it didn’t get to have a year ago with a 30th plus 1 Friday evening at WYOld West Brewery, according to Tina Heny.

“We rented the pavilion at Washington Park for classmates to bring a brown bag lunch and get together between 11 a.m. and 4 p.m. We chose Friday so it doesn’t interfere with other alumni activities,” said Class of 1960’s Mary Wells.

Highlighting the 2021 reunion calendar, the 50-year Class of 1971 looks for a turnout nearly 100-strong Friday when it gathers for dinner and drinks at Joy Bessler’s. The Class of 1971 graduated the largest class in Powell High School history with 174 receiving diplomas in May of 1971.

About 35 members from the PHS Class of 1981 will meet for their 40th reunion with a backyard barbecue Friday at the home of class member Shelby Wetzel. With spouses, the gathering will be about 50. Traveling chef David Elmer of Casper, a PHS grad, will be doing the barbecue honors.

The Class of 1961, which has thrown down the gauntlet with its claim as “the last really great class,” will meet for its 60th anniversary reunion Friday at The Commons in downtown Powell. It is an open house format for the 60th, with people coming and going from 4-9 p.m. — no meal, but a bevy of snacks.

A feature of the 1961 reunion will be a drawing for five 1961 Wyoming license plates. Twenty-eight classmates (44 counting spouses) have registered.

The Powell High School Class of 2000 missed a 20-year reunion a year ago in the pandemic lockdown and will play catch-up Friday. They will gather for a 20 plus 1 reunion from 6-11 p.m. Friday at Plaza Diane, said Niki Keefer. As a bonus, they will be joined in a combo gathering by members of the Class of 2001, celebrating their own 20th.

Joining the alumni circle, the PHS Class of 2011 has scheduled a picnic get-together for their 10th anniversary reunion. They’ll gather with families in Washington Park at 6 p.m. Friday for a a BYOE affair. Bring your own everything: food, beverages, family.

Continuing to set marks for the longest reunion gathering, the PHS Class of 1949 will meet at 6 p.m. for their 72nd get-together at the Winston Churchill farm Friday evening.