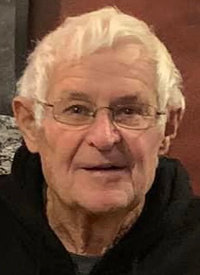 Charles “Chuck” Wentz, age 82, passed away Sept. 1, 2022, from injuries sustained in a car accident. He was a beloved husband, father, grandfather, brother and friend who will be greatly missed.

At the age of 18, he joined the Air Force Reserve. He was briefly stationed overseas and was honorably discharged after six years of service.

Chuck spent much of his life on the road. He drove truck in the oil fields around Meeteetse, Wyoming, and worked many years in road construction, operating equipment and driving truck. He took pride in the work he did and was a mentor to many who had the privilege to work alongside him. He left a legacy not only in his children, but also fellow co-workers and friends.

Chuck was known never to be idle. He enjoyed spending his time camping, fishing, boating, working in his shop, socializing with friends and family and spending time with their adored dog Oscar.

He was a one of a kind man who was loved by all who knew him. He had a quick wit, and he enjoyed making people laugh. He was always looking out for the underdogs, helpful and compassionate to those who needed a helping hand.

He is survived by his beloved wife Diana (Metzer) Wentz; brother Jim Wentz; his sons (mother Patricia) Greg, Blaine, Keith, Tim and Mark Wentz and daughter (mother Rafaela) Chasty Wentz. Along with his biological children, he was a father figure to many throughout his life who he loved and helped raise as his own: Theresa Wentz, Mike Wentz, Brad Wentz, Tara Ward, Kevin Rodman, Brent Metzer, Stephanie Rodriguez and Melissa Winkler. He had numerous grandchildren and great-grandchildren who affectionately referred to him as Grandpa Chuck or Papa Chuck.

There will be a celebration of life scheduled at a later date. Cards of condolences can be sent to Diana Wentz, 62 Queens Blvd., Powell, WY 82435.