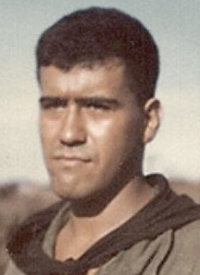 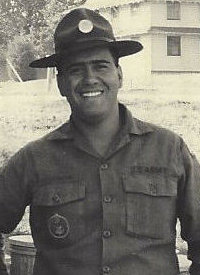 He was born on July 11, 1947 in Coy City, Texas, to Guadalupe and Aurora Perez Salinas. He was a combat infantryman in Vietnam and Quality Assurance Specialist, Ammunition Surveillance civilian for the Department of the Army. He enjoyed spending time with his family. He will be dearly missed by all those who knew him.

He goes home to the Lord to reunite with his parents Guadalupe Ochoa Salinas and Aurora Perez Salinas; his brothers, Domingo Salinas and Johnny Salinas; son-in-law: Kenneth Sanders.

Visitation was held at Dennison Funeral Home, Viola, Illinois, on Monday, Jan. 2, with recitation of the rosary. Mass of Christian Burial will be 10 a.m. Tuesday, Jan. 3 at St. Anthony Catholic Church, Matherville, Illinois.  Burial, with military honors, will be in Rock Island National Cemetery.  Memorials may be left for St. Anthony Catholic Church.

An extended version of the obituary may be viewed, and online condolences shared, at dennisonfuneralhome.com.