An event-filled weekend had the Northwest women’s basketball team on the right side of the scoreboard, as the Trappers cruised past the All-Stars 89-55 on Friday and the Carroll College JV … 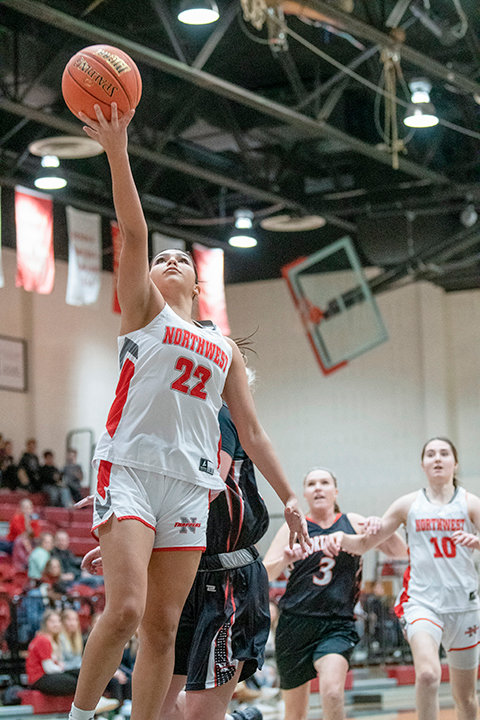 Kamber Goodluck finishes off a layup on a fast break against the All-Stars on Friday. Northwest heads on the road this weekend to the Miles Community College Classic.
Tribune photo by Carla Wensky 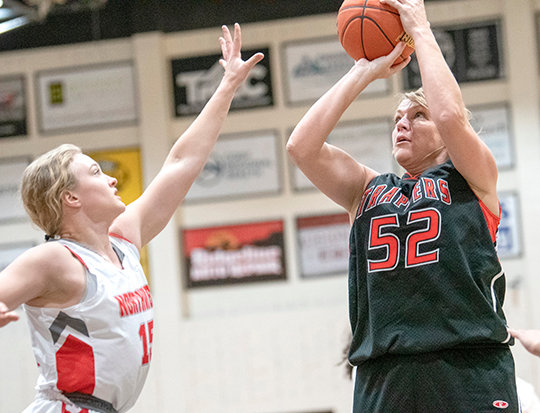 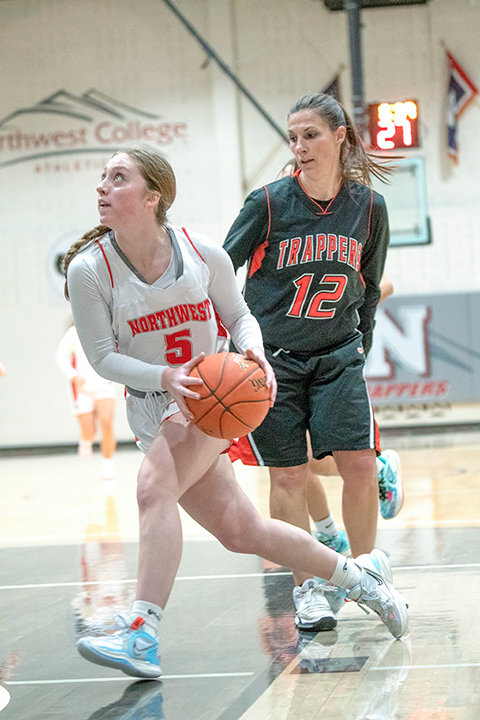 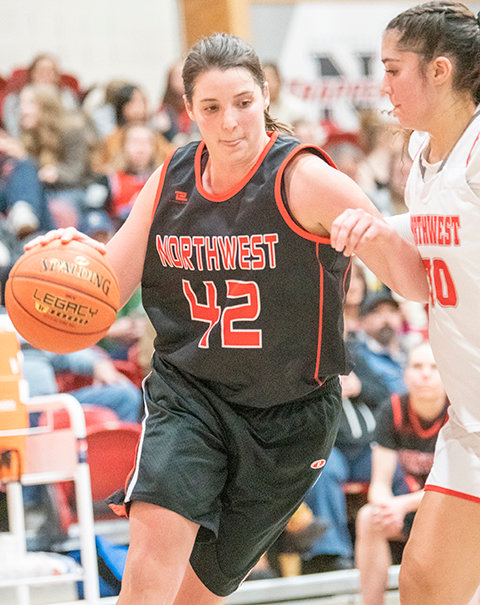 An event-filled weekend had the Northwest women’s basketball team on the right side of the scoreboard, as the Trappers cruised past the All-Stars 89-55 on Friday and the Carroll College JV 78-60 on Saturday in the inaugural Coach Collins Heart of a Champion Memorial Classic at Cabre Gym.

The Trappers (7-1) got things started on Friday night against former college players on the All-Stars from around the Powell area.

Early on the contest was tight with Northwest leading only 12-10, before a 17-2 outburst by the Trappers gave Northwest a commanding lead.

“The main thing we have been talking about as a group is that no matter who you are playing you have to come out the exact same,” coach Lauren Davis said. “We can’t take any team for granted no matter who they are.”

Northwest pushed the lead out in the second quarter to as many as 20 before a small push by the All-Stars made it 49-33 at halftime.

The Trappers kept their foot down in the second half, pushing the lead out to as many as 38, finishing off the game with an 89-55 win.

Northwest finished with 31 points off the bench, along with 26 points off turnovers in the game.

Darla Hernandez finished with 20, with Kamber Goodluck scoring the second most off the bench with 17.

Roxanne Rogers with 16, Jimena Montoro-Cabezas with 12 and Nayeli Acosta with 10 were the other Trappers in double figures.

Amy Buck led the All-Stars in scoring with 15 and finished with a double-double alongside 11 rebounds, and Jenne Wittwer followed close behind with 13 points.

After the win on Friday, the Trappers welcomed the Carroll College JV in hopes of finishing the early season 4-0 at home.

Northwest jumped out to a quick double digit lead at 19-7, before Carroll College chipped away at the lead with a 10-1 run and got within three points at the start of the second quarter.

“Another main focus for us is being able to play back-to-back games and find a way to still have the same energy,” Davis said. “We came out and the energy was there, but not from the very get go so that is another thing we can focus on.”

The pressure was ramped up from that point forward, and the Trappers did not allow the visitors to get any closer — pushing the lead back out to 39-26 heading into the halftime break.

Northwest pushed the lead to 18 in the third quarter, after being unable to put the game away with Carroll College making several small runs to keep the score between 10 and 15 points.

The Trappers were able to pull away in the fourth quarter and secure a 78-60 victory.

Northwest kicks off a three week road trip this weekend, heading to Miles City to take part in the Miles Community College Classic on Friday and Saturday.

In the first matchup, the Trappers come up against the United Tribes Technical College Thunderbirds (1-6) at 1 p.m. who Davis said has lost a lot of tight contests early in the season.

Northwest then takes on host Miles Community College on Saturday at 2 p.m.

“I am excited, we want to maintain this record,” Davis said.