Wilford Brimley, a ‘feller’ to remember

Wilford Brimley had a lot of stories to tell. I’m glad he shared several of them with Powell Tribune readers.

Brimley, a veteran character actor, died Saturday in Utah, at the age of 85. He …

Wilford Brimley, a ‘feller’ to remember 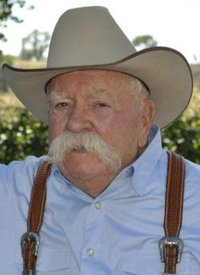 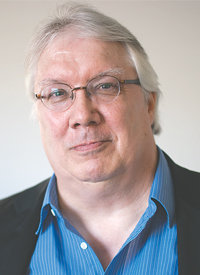 Wilford Brimley had a lot of stories to tell. I’m glad he shared several of them with Powell Tribune readers.

Brimley, a veteran character actor, died Saturday in Utah, at the age of 85. He had a home outside Greybull for about seven years, and spent time in Powell.

He seemed older than he was for decades, playing crotchety but wise characters in numerous films. I was lucky enough to interview him in 2014 when I was the managing editor of The Powell Tribune.

Brimley agreed to a phone interview to promote a jazz concert at Northwest College on March 19, 2014. He would sing while backed by the Ray Brown Tribute Trio. Brimley loved jazz standards, recorded several albums and appeared occasionally on stages, but he played down his talent to me.

That quote was repeated in a lot of online stories about Brimley last weekend. The New York Times, Washington Post, Salt Lake Tribune, Vanity Fair, The AV Club and many other websites used it and other comments from the Tribune story. They also provided links to the page. It was, it turned out, one of, if not the most, revealing interviews Brimley ever gave.

“The Today Show” linked to it in 2014, and Brimley’s Wikipedia page has a pair of links to the story. It was amazing to see it keep popping up.

He was very unassuming on the phone, giving me about an hour to probe his life and career. Brimley was willing to discuss roles and famous co-stars, but mostly he wanted to enjoy life in northwest Wyoming. He said he came to Powell to shop and get a haircut — we both went to the Sportsman’s Barber Shop, it turned out.

Several million fans will disagree with his modest self-assessment. Brimley appeared in dozens of movies and TV shows in the past half-century. He carved out a successful career playing cantankerous old guys with good hearts.

The Salt Lake City native was spending most of his time at his ranch back then. He has always been an avid horseman and was a rodeo rider and blacksmith in the 1950s and 1960s after a three-year hitch in the Marines during the Korean War.

“I was a horseshoer,” Brimley said. “I worked all over, Idaho, Utah, Colorado, Arizona and Nevada. I shod the horses for the production companies.”

Soon, under his real name, Anthony “Tony” Brimley, he started doing stunt work and appearing as an extra in Western TV shows. He eventually began using his middle name, Wilford, and his long career was soon at full gallop.

Both were in “Tender Mercies,” the tale of a broken-down country musician. Duvall won an Oscar for the lead role and Brimley received plaudits for his work as a manager who saw the ups and downs of stardom.

But the 1983 movie is special to him for another reason.

Both were married to other people at the time — Brimley and his first wife Lynne had four sons — and were just friends for years. But then things changed and he and Beverly married in Oct. 31, 2007.

“Her husband died and my wife died,” he told me. “And I got the best thing Texas ever made.”

Among the other roles Brimley played was as Pop Fisher, the beleaguered manager of the New York Knights in “The Natural.” The baseball fantasy starred Robert Redford, Duvall and Richard Farnsworth, a veteran stuntman and actor who was his best friend in the movie and real life.

Some of their real antics — guessing which song the other was whistling — made it into the film.

Redford “did his own thing,” which was fine, Brimley said. He acted with other major stars, including Paul Newman — “a really, really good guy” — and Robert Mitchum, whom he greatly admired.

He knew people laughed at his commercials for diabetes and mocked the way he pronounced it. That was OK with him, Brimley said, since it brought additional attention to the illness, which he had.

He joked about it on his Twitter page, and told me he laughed at John Goodman’s impersonation of him on “Saturday Night Live.”

Brimley has been around a lot of famous people. He was a bodyguard for reclusive billionaire Howard Hughes, although he didn’t care to discuss that very much.

“He was a good guy,” he said, adding that Hughes paid him well. Hughes preferred to hire members of the Church of Jesus Christ of Latter-day Saints as aides and staffers, and Brimley was a Mormon.

Despite being in movies and TV shows for most of his life, Brimley said he didn’t have a clue on how to act, nor did he understand why he kept getting hired.

“I can’t talk about acting,” Brimley said. “I don’t know anything about it.”

He had just appeared in the dismal comedy, “Did You Hear About the Morgans?” Brimley called it “somewhat a substandard movie,” and said he was open to more roles. He did act in a few more films; his final role was in “Cellophane,” a mystery that has yet to be released, according to IMDb.

“If something good came along, I’d take a look at it,” he said. “People send me scripts.”

Brimley won’t make any more movies, but the veteran actor left a lot of good work behind. Plus, he was a dang good feller.

(Longtime journalist Tom Lawrence of Sioux Falls, South Dakota, was the managing editor of the Powell Tribune in 2013-15. He now works as a freelance writer, including for the blog The South Dakota Standard, online at www.sdstandardnow.com.)