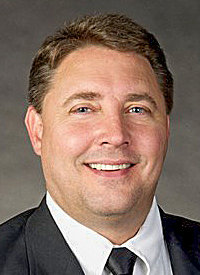 “I am going to do my best to honor him [Collins] and put our best foot forward,” Ward said.

Ward coached the men’s basketball team and served as the athletic director for the Trappers from 2007-12, helping lead the Trappers to a 93-61 record over five seasons.

Ward will not come back to Powell without knowing the vision that Collins laid out before his passing, as both coaches served on the Idaho State basketball staff throughout the 2010s before both going their separate ways.

“I have known Jay for 10 years,” Ward said. “I talked to him daily and worked with him for six years. I am familiar with what he was doing, I know some of the returning players. He had me help him on the side with recruiting and scouting.”

Ward was set to meet with players for the first time over the weekend.

Heading into the season, Ward said he is solely focused on getting the team through the 2022-23 campaign.

Ward also has a history with current athletic director Brian Erickson after Erickson played under Ward at Eastern Wyoming in the mid-2000s before Ward came to Northwest.

Erickson then served as an assistant to Ward before he took over the head coaching position following Ward’s departure from Powell.

“I really enjoyed my time in Powell and still have some people that I know,” Ward said. “I am looking forward to being back in the area.”

Ward said that he appreciates the trust that Erickson has put in him to help lead the Trappers through this upcoming season.