Voter fraud is a fraud

I was first arrested in Burma in 1996. I was on the old Stilwell Road in the far north of the country, documenting forced labor camps hidden in the jungle. Journalists were not allowed into Burma (I …

Voter fraud is a fraud 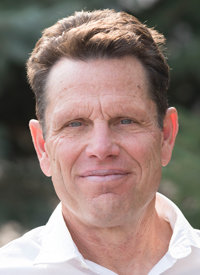 I was first arrested in Burma in 1996. I was on the old Stilwell Road in the far north of the country, documenting forced labor camps hidden in the jungle. Journalists were not allowed into Burma (I had slipped across the border from Assam, India). The State Law and Order Restoration Council, the military junta that controlled the country, prohibited freedom of press. I was interrogated for several days and eventually, luckily, released.

It had been six years since Burma’s much-heralded 1990 national elections. The election process had been relatively free and fair and, momentarily, hopeful. When the votes were counted, Aung San Suu Kyi’s National League for Democracy (NDL) won 392 of the 492 seats in parliament. (Aung San Suu Kyi would win the Nobel Peace Prize in 1991.) Stunned, the military government refused to accept the election results, placed Aung San Suu Kyi under house arrest and murdered or imprisoned hundreds of NLD activists. Burma instantly became Myanmar, a brutal, totalitarian state.

Free and fair elections are the existential imperative of every democracy. Every citizen must know that the voting process is legitimate, their vote is counted, and the results will be honored.

Federal law protects your right to vote. It is a felony to intimidate or threaten someone who is attempting to vote. If you carry a weapon to a polling station and threaten anyone, you have committed a crime.

All votes — paper ballots, punch cards, digital ballots and mail-in ballots — are counted by election officials. As recently as August, the Federal Election Commission Commissioner Ellen Weintraub said that there is “no basis” for the conspiracy that mail-in voting is susceptible to voter fraud.

The Brennan Center for Justice, a nonpartisan law and policy institute with offices in New York City and Washington, D.C., has done exhaustive research on the subject of voter fraud in America. In its 45-page, 2007 report “The Truth About Voter Fraud,” it documents in detail almost every purported case of voter fraud in recent history. This includes allegations of double voting, dead voters, fraudulent addresses; allegations that noncitizens, felons and dogs have voted; allegations of impersonation, vote buying and fraud by election officials. Its conclusion: “fraud is very rare, voter impersonation is virtually nonexistent, and many instances of alleged fraud are, in fact, mistakes by voters or administrators.” Furthermore, mail-in ballots are “secure and essential to holding a safe election amid the coronavirus pandemic.”

In 2017, President Trump, claiming millions of illegal immigrants had voted in 2016, created the Presidential Advisory Commission on Election Integrity — the Voter Fraud Commission. The commission found so little voter fraud in America that the commission was decommissioned a year later.

This is not an isolated assessment. Study after study has found that we have clean elections in the U.S.  A Loyola Law School report found only 31 credible cases of impersonation fraud between 2000 and 2014, out of more than a billion ballots cast. A post-2016 investigation by the Washington Post found only four documented cases of voter fraud in 136 million votes. The Department of Justice examined 300 million votes cast between 2002 and 2007 and did not find a single case of voter impersonation. Even the conservative Heritage Foundation found only 10 cases of voter impersonation and 41 cases of noncitizen voting in some 3 billion votes cast. (They note one case of fraudulent use of absentee ballots in Wyoming since 2001.)

So why is voter fraud even an issue?

A recent study by Dartmouth College found that “unsubstantiated claims of voter fraud undermine the public’s confidence in elections,” even when the claims are fact-checked and proven to be false. Making such claims is used to “delegitimize the electoral success of opponents.” That is, cowardly politicians allege voter fraud when they are fearful they will lose an election.

Bottom line: Significant voter fraud doesn’t exist in the U.S. It’s a ruse to raise electoral distrust in the foundation of our democracy, suppress votes and provide an opportunity for a candidate to refuse to accept election results. We expect to see this in Myanmar but not the United States of America.

Federal laws ensure that the results of voting will be honored. Vote by any method that is most convenient to you. Your vote matters, your vote is protected and your vote will be counted.

(A world-renowned explorer, critically acclaimed author and international journalist, Mark Jenkins is the Wyoming Humanities’ inaugural resident scholar. The Laramie-based writer has brought a humanities perspective to geopolitics, the environment and adventure for numerous national and international publications over the decades.)