Many people are able to look back on a teacher who changed their life for the better. For Shoshone Learning Center senior Josh Schmidt, that person is Leon Miller of Park 1 Virtual Academy — … 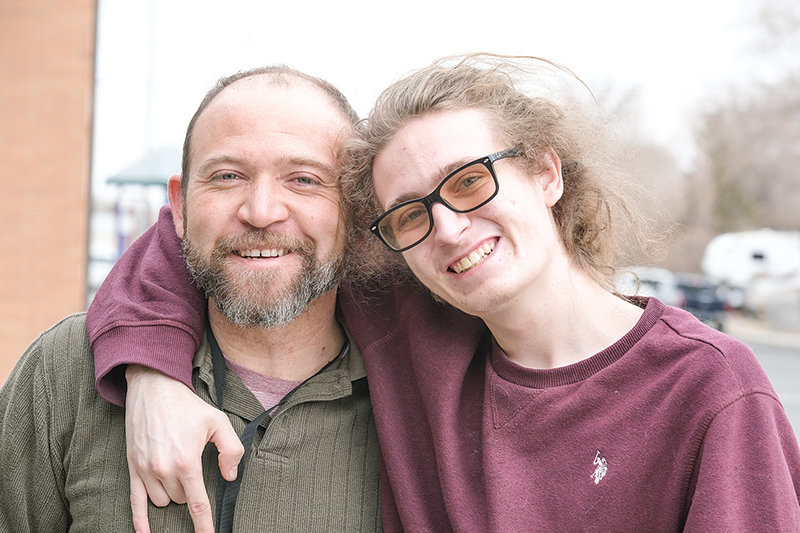 Many people are able to look back on a teacher who changed their life for the better. For Shoshone Learning Center senior Josh Schmidt, that person is Leon Miller of Park 1 Virtual Academy — and one might be able to say that Schmidt has made an equally large impact on his teacher.

Miller, who did not take a traditional path to education, believes he is able to connect with Schmidt and other students because he understands the hardships these students have experienced.

“It’s all through working hard and having the right people there in my life,” he said. “Otherwise, I wouldn’t have the stuff I have now. And I wouldn’t be able to help students or talk to students about those kinds of things.”

In January, Miller received the Claes Nobel Educator of Distinction award from the National Society of High School Scholars (NSHSS). He was nominated by Schmidt, who has been a member of the honor society since before the 2021-2022 academic year.

The NSHSS focuses on helping high school students improve their education by introducing members to opportunities such as internships, scholarships and career and leadership opportunities. The society was co-founded by Claes Nobel, the grand nephew of Nobel Prize founder Alfred Nobel. Roughly 150,000 high school students from around the U.S. are added to the NSHSS each year, putting Schmidt in a pretty small group. As part of his membership, Schmidt noticed he could nominate an educator of distinction and saw that only one Powell teacher, former choir director John Miller, had been nominated more than a decade ago.

“The teachers that were pushing me to excel are the ones who I had nominated,” Schmidt said.

He nominated Leon Miller as a way to show support during a difficult time in the teacher’s life. According to Schmidt, Miller has served as a sort of “floating tutor” for him at the Shoshone Learning Center this year and he was Schmidt’s teacher last year.

Schmidt recently returned from the Cloud Peak Lighthouse Adult Crisis Center in Worland and is eager to finish the quarter of a credit needed to graduate.

“I’ve lived through quite a few hard times myself, and I feel like that’s why me and Mr. Miller were so easy to connect to one another and kind of why I really enjoyed how much he had actually helped me through last school year and even this school year,” Schmidt said. “I felt like it had been right to nominate Mr. Miller as an educator of distinction because he had helped me through mental trials, physical trials and even trials with school.”

Being an Educator of Distinction allows Miller to have the same opportunities to further his education that are open to Schmidt. Miller has been looking at different ways he can continue his education and has been eyeing the possibility of becoming a principal.

“Ever since I was a child, I really wanted to be in a leadership role, kind of like a principal. I’ve always respected them … I think that’s where we have the best impact on students and my heart’s always been to help others in need,” Miller said. “I grew up in a really crummy childhood. My mom was a single mom raising five kids so it was tough, but I always had respect for those people, because they were always the ones that step down and be like, ‘Hey, how’s it going? What’s going on? How can we help you?’ They were always a helping hand in my life.”

Schmidt also hopes to continue his education and eventually become a social worker.

“Growing up, I always wanted to be the help that I never had, and after going to the Lighthouse in Worland and spending time in that treatment center, it really did rebuild that,” Schmidt said.