Last week, the U.S. Supreme Court ruled 6-3 against the Biden administration’s workplace COVID-19 test-or-vaccinate mandate for large employers. However, in a separate ruling, the court voted … 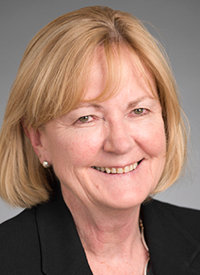 Last week, the U.S. Supreme Court ruled 6-3 against the Biden administration’s workplace COVID-19 test-or-vaccinate mandate for large employers. However, in a separate ruling, the court voted 5-4 to uphold the vaccine mandate that applies to health care facilities that receive funding from the federal Medicaid and Medicare programs.

The mandate allows for religious and medical exemptions, but absent those, the Centers for Medicare & Medicaid Services is requiring all staff at health care facilities to have their first vaccine shot by Feb. 14, and be fully vaccinated against COVID-19 by March 15.

A failure to do so will result in the facility losing its federal funding through the two programs. Those dollars account for up to 70% of revenues at Powell Valley Healthcare.

Like most providers throughout the country, PVHC has been worrying over how the mandate would impact its staffing levels. CEO Terry Odom said Monday that the organization has had three resignations due to the mandate so far, including two before the end of November.

Currently, 90% of PVHC’s staff is either in compliance with the mandate or received an exemption, and the entire staff will be compliant by the CMS deadline, Odom said.

Powell Valley Healthcare has been assisting employees who request an exemption to the vaccines since the mandate was first discussed. At the PVHC Board of Directors’ Nov. 22 meeting, CEO Terry Odom said the organization had helped 75 employees obtain exemptions and that about half the hospital’s staff was fully vaccinated. In August, about 35% of PVHC staffers were vaccinated, including only about 15% of workers at Powell Valley Care Center.

Meanwhile, Cody Regional Health leaders have implemented their mandatory vaccination policy, setting a new compliance deadline of Jan. 27. Fewer than 6% of staffers have not received a vaccination or an exemption, Cody Regional spokeswoman Jennifer McKibben said Monday, with 70% of staff vaccinated and 24% having submitted exemption requests.

Of those not currently in compliance, “several were waiting to see how the Supreme Court ruled and since then have signed up to receive a vaccination or have turned in their exemption requests,” McKibben said. “Those we have not heard from, we will be working with to see how they can meet the federal mandate requirements.”

In November, health care workers throughout the Big Horn Basin held protests in Cody and Powell. None of the protesters spoke out against their employers, but they did object to the federal mandate.

At a Nov. 12 meeting of the Wyoming Legislature’s Joint Labor, Health & Social Services Committee, health care officials said the vaccine mandate was causing some people to leave the industry, but that it was a multi-faceted and perennial problem. Between October 2020 and November 2021, Powell Valley Healthcare’s turnover rate increased from 15.69% to 19.53%.

Josh Hannes of the Wyoming Hospital Association told lawmakers in November that burnout and the ability to obtain higher pay in other jobs were serving as bigger drivers of turnover than the mandate. However, he said it was still a concern.

“We’re already short-staffed, and we can’t afford to lose more employees at this point,” Eric Boley, the president of the Wyoming Hospital Association, told the Casper Star-Tribune last week. “Pick any place in the state and there will be shortages.”

Boley told the Star-Tribune that all of the state’s 38 nursing homes and 28 hospitals take federal money.

In upholding the Biden administration’s COVID-19 vaccine mandate for health care workers, the majority of the Supreme Court justices held that it wasn’t so different from other federal rules that require health care workers to wear gloves, sterilize instruments and regularly wash their hands.

“Of course the vaccine mandate goes further than what the Secretary [of Health and Human Services] has done in the past to implement infection control. But he has never had to address an infection problem of this scale and scope before,” the five justices wrote. “In any event, there can be no doubt that addressing infection problems in Medicare and Medicaid facilities is what he [the secretary] does.”

The State of Wyoming had been among the parties that challenged the federal COVID-19 vaccine mandates for both large employers and health care providers. Gov. Mark Gordon welcomed the Supreme Court’s rejection of the employer mandate, calling it “a victory for Wyoming businesses and their workers,” but said he was disappointed the court left the health care mandate in place.

“I continue to maintain that health care workers should not be forced to choose between vaccination and termination,” Gordon said Thursday. “We are still in the process of evaluating the impacts of this ruling on Wyoming’s health care workforce.”