The dean of the University of Wyoming’s Haub School of Environment and Natural Resources, John Koprowski, has been named the 2022 recipient of The Wildlife Society’s Aldo Leopold Memorial … 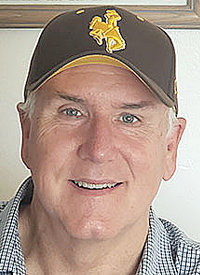 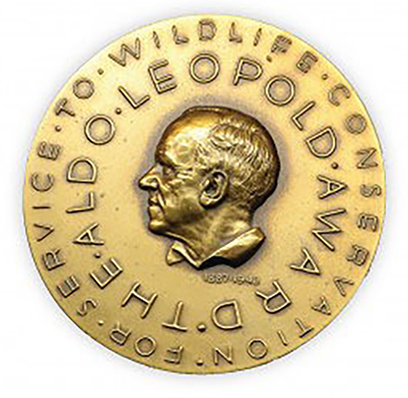 The dean of the University of Wyoming’s Haub School of Environment and Natural Resources, John Koprowski, has been named the 2022 recipient of The Wildlife Society’s Aldo Leopold Memorial Award, the highest award given by the 11,000-member organization of professional wildlife scientists.

Koprowski, a mammalogist, conservation biologist and leading expert on the ecology and conservation of wildlife, receives the award for distinguished service to wildlife conservation. The first UW faculty member to receive the honor, he joins luminaries in the field including Olaus Murie (1952) and John Craighead (1998), whose names are familiar in Wyoming for their conservation efforts in the greater Yellowstone area.

“I’m incredibly humbled to receive this honor for lifetime achievement associated with wildlife conservation,” Koprowski says. “In many ways, I believe this highlights the great work we do here at UW in the Haub School, the Department of Zoology and Physiology and other academic units. There’s a long history of amazing work on wildlife here, and I’m proud to contribute to that tradition.”

“This is an incredible, well-deserved honor for an amazing member and leader of the UW family,” UW President Ed Seidel says. “Dr. Koprowski had an international reputation for excellence in wildlife science before he came to Wyoming, and this award is another illustration of the world-class faculty we have in fields of great importance to the state we serve.”

Koprowski has been dean of the Haub School since September 2020, coming to UW from the University of Arizona, where he was director of the School of Natural Resources and the Environment since 2018, and a professor of wildlife conservation and management since 2000.

His research has focused on the ecology, conservation and management of biodiversity through community-based approaches in the United States, Mexico, Peru, Colombia, Nepal, China, Mongolia, South Africa and numerous other international locations. With more than 200 peer-reviewed articles and books, Koprowski and his over 50 graduate students have worked to provide data-informed solutions to conservation challenges. His efforts in wildlife conservation previously led to his election as a Fellow of the American Association for the Advancement of Science, The Wildlife Society and the Linnean Society of London.

For receiving the award named in memory of Leopold, considered by many to be the father of wildlife ecology and the U.S. wilderness system, Koprowski will receive a medal and plaque at The Wildlife Society’s 2022 annual conference in Spokane, Washington, in November. He’ll present an honorary plenary lecture at the 2023 conference in Louisville, Kentucky.

Koprowski earned a B.S. in zoology at Ohio State University in 1983 and then attended Southern Illinois University to earn his M.A. in zoology in 1985. His Ph.D. was completed in 1991 at the University of Kansas, where he graduated with honors in biology.

While a doctoral and postdoctoral student at the University of Kansas, he began teaching night courses in introductory biology at Kansas City Community College and also advanced courses in vertebrate biology and evolution at the University of Missouri-Kansas City. This teaching experience and his research on behavior and ecology of tree squirrels helped him win a spot on the faculty of the Department of Biology at Willamette University in Salem, Oregon, in 1992.

In 2000, Koprowski joined the faculty of the wildlife program at the University of Arizona, where he was a professor of wildlife science and director (2018-2020) in the School of Natural Resources and the Environment. He directed the Desert Southwest Cooperative Ecosystems Studies Unit and the Mount Graham Biology Programs, and held affiliations with the Institute of the Environment and the Genetics Interdisciplinary Degree Program.

At UW, in addition to serving as dean of the Haub School, Koprowski holds a Wyoming Excellence Chair. He’s working to expand the reach of the Haub School to advance the understanding and resolution of complex environmental and natural resource challenges in the West and around the world through its educational, research, outreach and collaborative problem-solving programs.

Founded in 1937, The Wildlife Society’s mission is to inspire, empower and enable wildlife professionals to sustain wildlife populations and habitats through science-based management and conservation.