Bob Richard will share some more local lore during a Thursday, Sept. 9 talk at the Buffalo Bill Center of the West.

Starting at noon in the center’s Coe Auditorium, Richard will use photos … 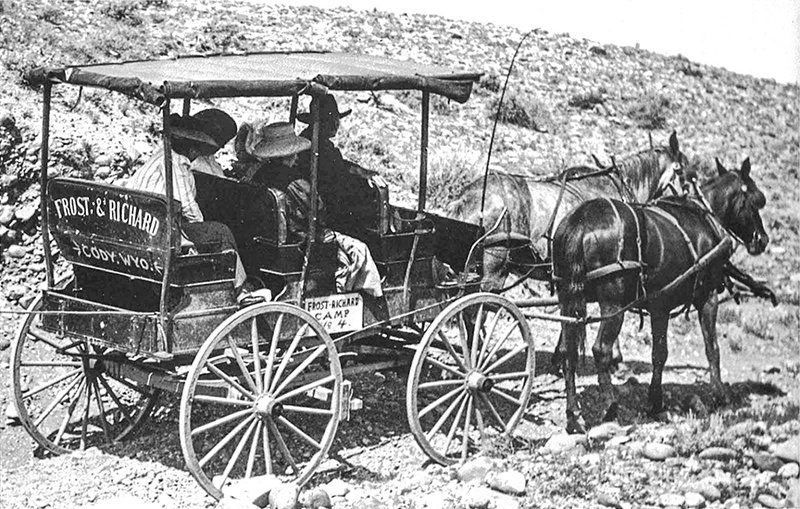 Bob Richard will share some more local lore during a Thursday, Sept. 9 talk at the Buffalo Bill Center of the West.

Starting at noon in the center’s Coe Auditorium, Richard will use photos and words to illustrate the history of the Frost & Richard Camping Co. The company operated in Yellowstone National Park from 1906–1916. Richard’s uncle, Ned Frost, and his grandfather Fred Richard took up to 150 guests at a time on journeys through the park — three trips of 18 days each by horse and wagon.

A lifelong Wyoming resident, Bob Richard’s varied experiences are pure West. He worked at guest ranches, guided horse and hunting trips, ranched, and for 37 years owned and operated Grub Steak Expeditions, personally touring thousands of visitors from around the world through Yellowstone and its ecosystem.

Educated at the universities of Wyoming, Arizona, and California (Fresno), Richard has served as a teacher and school administrator, as a decorated United States Marine Corps pilot in Vietnam, and, for 21 years, helped coordinate American Red Cross service and relief activities in the western U.S.

With a wealth of knowledge about the Cody and Yellowstone National Park areas, the Center of the West says Richard has “a lifetime of stories to share with future generations.” Next week’s talk is the second in a series of four, with the other events coming in October and November.

Following the Sept. 9 presentation and a Q&A, Richard will sign copies of his book,” Frost & Richard Camping Co. — Journey to Yellowstone” at the center’s Points West Market.