A lot of unknowns are making planning all but impossible, but the Northwest College Board of Trustees has initiated discussions on the budget for fiscal year 2021. 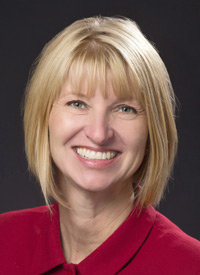 A lot of unknowns are making planning all but impossible, but the Northwest College Board of Trustees has initiated discussions on the budget for fiscal year 2021.

The preliminary budget projects $19,042,316 for NWC’s operating fund in the coming fiscal year — a 2% decrease from last year’s budget. Reductions in student housing and meal plan use are expected to cause further decreases in other budget funds.

Lisa Watson, NWC vice president for administrative services and finance, said it’s “frustrating” that the college has had to make cuts due to falling enrollments; in the wake of the COVID-19 pandemic, the college is looking at further shrinking its budget.

“Here we are with more cuts on the table, and there really wasn’t anything we could do to control that,” Watson said.

NWC President Stefani Hicswa called the preliminary budget a “best guess.” The board won’t consider a final budget until July, and it’s hoping to have a lot more information to base decisions on by that point.

The college is contending with a number of questions, including appropriations from federal and state sources, surpluses from reduced travel and other costs of services, and enrollment in the fall. Hicswa warned a budget revision will likely be needed in the fall, when they have a clearer picture of funding and enrollments.

Watson said she had never seen budget planning like this in all her previous accounting work.

Watson explained that the projections in the preliminary budget were developed with a certain amount of caution. With so much uncertainty, it may be tempting to cut more than is needed, she said, but too many cuts can place future burdens on the college resulting from diminished staffing levels and quality of instruction.

“Fear is not a good way to make decisions,” Watson told the board.

The decrease in the operative fund of $487,587 over last year, she said, was due to the recalibration of state funding; those dollars are based on a percentage of enrollment of all community colleges in the state. As NWC’s share of total enrollment at Wyoming’s two-year institutions declines, other colleges will see increases in their share.

“If you’re dealing with the same piece of pie, you can only cut it so many ways,” Watson said

Exactly what will happen with enrollment in the fall semester is also unclear. As is the case with colleges across the country, the NWC campus closed in March and will remain closed through May. Even if it reopens in June, summer classes will be entirely online and fall classes will likely have some continued procedures to deal with the COVID-19 pandemic. National experts project enrollment declines of 5% to 15% as students hold off on college.

Watson said this is all the more reason to maintain staffing levels so NWC offers a good reason for students to enroll.

“It’s anyone’s guess right now where we could end up with enrollment in the fall, which is part of the reason we want stability in a staffing right now,” she said. However, Watson also warned that, even with good recruitment efforts, the college would likely still see a decline.

The question also remains as to what will happen with state and federal COVID-19 relief dollars. The state received $1.25 billion in stimulus funding from the federal government and the Wyoming Legislature held a special session over the weekend to split up some of that funding.

Hicswa said the final outcomes of the state dollars will not be known by NWC’s June board meeting, when discussions on the budget will resume.

The Legislature is holding another special session at the end of June, which will deal with state revenue declines and budget readjustments. When the NWC board votes on a final budget in July, it’s possible a lot more will be known.

With no travel or events, and some instructional purchases delayed after the campus closure, the college is expecting a surplus, which Watson said would provide some flexibility.

Trustee Carolyn Danko suggested tax increases are needed if higher education in the state is going to get the funding it needs. She was critical of legislators who oppose tax increases, such as Dan Laursen, R-Powell, who is known for a strict stance on taxes.

Board President Dusty Spomer asked if discussions were being held with the Northwest College Foundation, given that the circumstances of the pandemic are unique.

Hicswa said the college is strategizing with the foundation to support matching funding from the state — and the nonprofit organization made funding available for a free scholarship class to encourage students to pursue online learning. But the foundation’s funding is tied up in endowments that make it difficult to grant money to the college.

“I think the foundation is being very flexible and open given the situation and their investments,” Hicswa said.

Shelby Wetzel, executive director of the NWC Foundation, explained the foundation doesn’t have money it can hand over to shore up college budgets. Many foundation donors obligated how the funds could be spent.

“I wish there was a way to give you some of the assets we sit on,” she said.

Much of its money is tied up in investments, and with the market in such bad shape, its endowment is down.

Even if it was willing to pull money out to provide to the college, Wetzel said, it could only do so in the form of a loan. The foundation would lose money by pulling from its investments, and the college would have more debt on its books.

She said the foundation would continue to work with the college to look for opportunities where they are available.

Hoping to have more information on allocations and enrollment, the board will resume its discussion of the upcoming budget at its June 8 meeting.