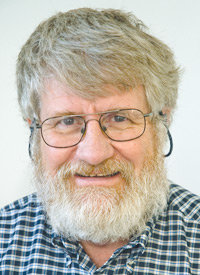 Our president aimed a derogatory insult at a pretty big group of Americans recently. Specifically, Mr. Trump said that Americans who don’t support him, so-called “Never Trumpers,” are “human scum.”

I think I’m part of that group, or I would be, if Mr. Trump had any idea that I exist. But he doesn’t, and isn’t likely to find out unless somebody tweets this column to him. He might also find out from somebody who called me recently, asking if I would contribute to a fund helping to give the president four more years in office. I respectfully — at least I tried to be respectful — replied that I think the worst thing that could happen to my country would be four more years of a Trump presidency. Then I hung up.

I guess that makes me a “Never Trumper,” and if my opinion ever gets back to the Trump people, I might be declared a danger to national security. Maybe I should be concerned that the Secret Service will be knocking on my door and asking questions, but I’m not. I’m no threat to the Republic, unless you consider hurting the president’s feelings (which criticism apparently does) a danger to our independence.

Anyway, I’m perfectly happy to be among the multitudes of people our president has lumped together and named human scum. I’m sure that’s not what he intended, but I’ve been called a fair number of names over the years, and have ceased to be offended by them. His scum thing is a new one, though, which isn’t surprising since Mr. Trump and his supporters seem to specialize in inventing derogatory nicknames of everyone from his own cabinet members down to the refugees trying to escape starvation and/or murder in Central America.

Personally, I think this name-calling is a concentrated effort to avoid something called “political correctness,” which Republicans seem to think is the original sin which will doom the nation. This allows them to avoid actually approaching an opponent respectfully in favor of turning his name into an obscene word or hanging the name of something distasteful on him.

Yes, I know, Democrats and even independents also engage in such name-calling. It has a long history in America. Thomas Jefferson was called a libertine and an atheist by some voters, who imagined that his election would bring the burning of Bibles and the raping of their wives and daughters, and Abe Lincoln was often referred to as an ape by his opponents and even by some of his supporters. Back in the 50s, a college student in California called Dwight Eisenhower an “old futzy,” whatever that is, in the student newspaper, raising some ire around the nation about disrespectful college students.

Being common historically, though, doesn’t make name-calling acceptable, and while I don’t think it will bring down the Constitution, it certainly makes politics, which should be approached with dignity, unpleasant, and it turns off too many people who should be participating in political debate.

Biblically speaking, name-calling is rated as serious sin. Jesus, in his famous Sermon on the Mount, compared it to murder, and said this: “and whosoever shall say to his brother, ‘Raca’ shall be in danger of the council; and whosoever shall say ‘Thou fool’ shall be in danger of the hell of fire.” (Matthew 5:22). Raca was a term of contempt related to the verb “spit” that Jews used at the time.

Well, calling someone a fool today seems like a relatively mild insult, so if doing so puts me in jeopardy of going to hell, I really can’t imagine what sort of fate would await me if I used some of the names people call each other today, including scum.

Maybe there’s a way to avoid that, and save the president, by elevating scum to a higher level. One of my long-ago students, who had a way with language, once wrote this in the school paper: “When someone tells you about the cream rising to the top of the milk, remember that on top of the cream there’s always scum.”

With that bit of wisdom, we members of the president’s scum club can argue that we hold a superior position in the world, rising above the cream to the very top.