PPP deductibility must be fixed now

The coronavirus pandemic has laid much of the American economy on its back — but a bright spot made the disaster less crippling than it might have been. That is the Paycheck Protection Program, …

PPP deductibility must be fixed now 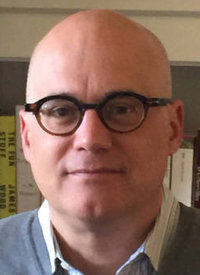 The coronavirus pandemic has laid much of the American economy on its back — but a bright spot made the disaster less crippling than it might have been. That is the Paycheck Protection Program, which funneled money to workers through small businesses.

More than 5 million small businesses took the PPP loans, representing 50 million jobs, Treasury Secretary Steven Mnuchin told Congress in June. It persuaded small businesses to keep people on the payroll instead of laying them off. That helped the economy.

Congress said the loans would not be taxed. But Congress is letting the IRS tax the businesses anyway. Unless new legislation is passed by the end of the year, the tax could finish off many of the businesses that are trying desperately to hang on through this impossible economy.

The way the government is going to punish the businesses that saved 50 million jobs is to deny the deduction of payroll, rent and other expenses that they paid out with the PPP money. The Treasury Department, which sets policy for IRS, doubled down this week by reiterating that businesses will have to pay taxes on that money, even though they normally would be able to deduct these business expenses.

A bipartisan group of senators and representatives have been pushing for a change, but not pushing so hard that they are accomplishing the one thing that is needed to fix this problem: pass a new law.

“When we developed and passed the Paycheck Protection Program, our intent was clearly to make sure small businesses had the liquidity and the help they needed to get through these difficult times,” Sen. Charles Grassley, R-Iowa, said when he introduced the Small Business Expense Protection Act, S 3612, with a bipartisan group of senators. “Unfortunately, Treasury and the IRS interpreted the law in a way that’s preventing businesses from deducting expenses associated with PPP loans. That’s just the opposite of what we intended and should be fixed. This bill will do just that.”

Unemployment this year hit nearly 15% — the highest the nation has seen since the Great Depression. If businesses had not kept their payrolls running through PPP, unemployment would have zoomed even higher. Yet businesses made the leap of faith — kept their people working, spent the PPP money as directed and now for their good citizenship, they are going to be punished with a tax.

The power to tax is the power to destroy. Chief Justice John Marshall was right. Congress should wake up. It didn’t spend trillions in tax dollars to prop up the economy only to allow one agency to undo its good work. PPP deductibility must be fixed now.