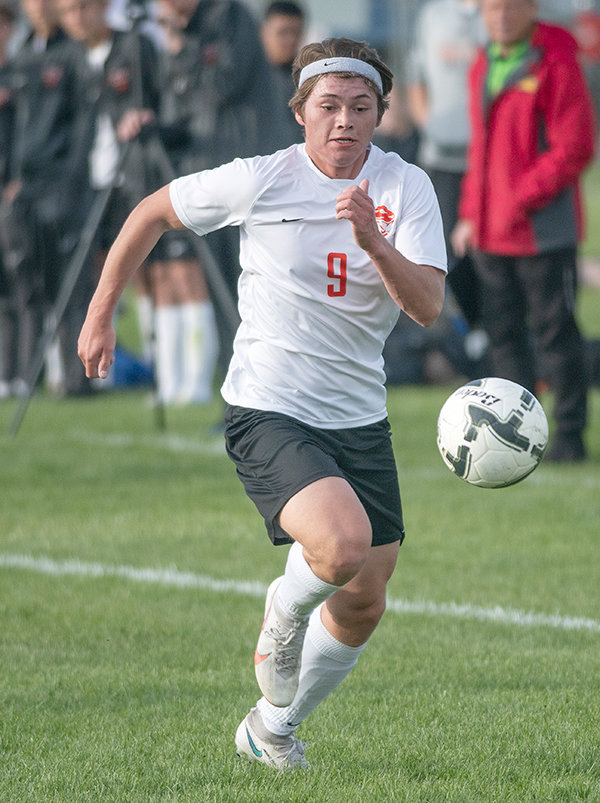 “I am very excited to play at the next level and continue my career because soccer has been a part of my life for as long as I can remember,” Sweeney said. “I’ve had dreams of playing collegiate soccer, and that dream is finally coming true.”

With the mindset of wanting to play after high school, Sweeney said he was just looking for the right place to go.

He recently attended a WOU camp in Monmouth, with hopes of developing a feel for college training, and he loved the environment, academics and people at the university.

“I have always put academics before everything, including soccer, so if soccer or football wasn’t an option after high school, I would have a safe thing to fall back onto,” said Sweeney, who also earned All-State honors for his kicking during the fall football season.

Sweeney said the decision to sign with Western Oregon was one of the biggest he’s made, and said all of the hard work over the years allowed him to make the decision worth it.

Sweeney however, was not sure if he would be able to play at a higher level until WOU coach Stan Rodrigues — who led the Northwest College men’s soccer team in 2016 — called with an offer.

“I was very excited when he gave his initial offer over the phone,” Sweeney said. “This helped me realize that playing college soccer was one of my biggest dreams, and I can now make that dream come true.”

Sweeney is geting in on the ground floor at WOU, which just launched its men’s soccer program and will compete in its first season next fall.

Sweeney is currently in the process of signing the full letter of intent right now, but is grateful to take some added pressure off his shoulders before heading into his last spring season as a Panther.

“It is very sad to say that my final season of playing for the Panthers is closing in, but this serves as an incentive in my eyes, to play and work hard as I transition into my college soccer career,” Sweeney said.