McMillan said it’s important for both West Park and Powell Valley Hospital to remain strong. If one were to fail, “it would jeopardize the other hospital’s ability to maintain its hospital’s critical access status, and that’s very … 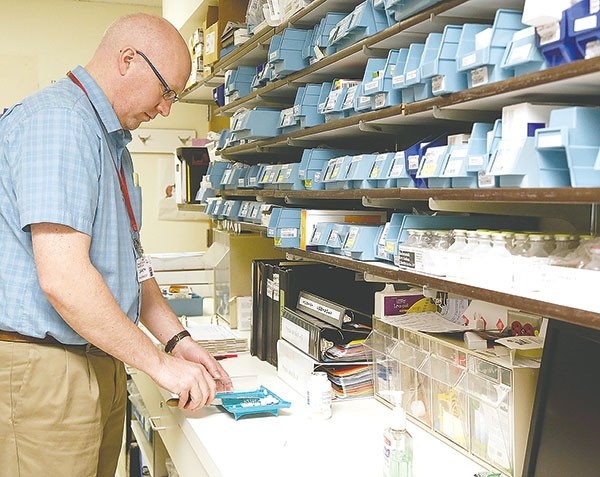 This is a tough time for rural hospitals.

Doug McMillan, chief executive officer at West Park Hospital in Cody, said more than 100 rural hospitals have closed in the past 10 years.

McMillan said it’s important for both West Park and Powell Valley Hospital to remain strong. If one were to fail, “it would jeopardize the other hospital’s ability to maintain its hospital’s critical access status, and that’s very important,” he said.

Critical access hospitals — hospitals with 25 or fewer beds — are reimbursed by Medicare at a higher rate than their larger counterparts.

To remain strong in today’s difficult medical environment, both of Park County’s hospitals work together when possible, McMillan said.

“Historically, we’ve had a great relationship with being able to work together” to help both hospitals operate more cost efficiently, he said.

For instance, Dr. Nathaniel Rieb, the general surgeon at Powell Valley Hospital, rotates with the two surgeons from West Park Hospital, Dr. Thomas Etter and Dr. Charlie Welch, together to cover on-call hours at both hospitals.

“We have three general surgeons between Cody and Powell, and the two hospitals work together to ensure that we have full coverage that covers both hospitals,” McMillan said.

“That’s big, because general surgery coverage is extremely important to both hospitals,” he said.

In addition, “Doug and I collaborate occasionally about things we can do,” Odom said.

West Park Hospital is hosting a meeting next month between the Wyoming Hospital Association and hospitals in the Big Horn Basin.

“Doctors would tell you it’s been helpful to have a pharmacist from Powell,” said Rick Schroeder, chief executive officer at North Big Horn Hospital.

PVHC Pharmacist Gareth Robertson said he’s the one who helps out in Lovell when he’s on duty.

Robertson said another way the three hospitals cooperate is by ordering expensive medications together.

“One medication can cost thousands of dollars, and you have to buy it in lots of 10 or more,” he said.

By ordering it as a group, the cost is reduced and the medication can be shared between the hospitals, making it less likely that it will expire before it can be used, he said.

Schroeder said both hospitals occasionally find themselves short of a medical supply, “some little item that we run out of, when we have a higher volume than we thought or run out of materials. We call on Powell, and they call on us from time to time” to provide supplies until replacement items arrive.

“We’re competitors ... in the same business, but really, I feel like we’re more colleagues, doing the same thing,” Schroeder said. “We recognized that we all do better when we’re all here.”

McMillan said hospitals in the Big Horn Basin occasionally group together to purchase other expensive medical supplies to get a better price.

“So when we’re not busy, it provides work for our staff, but it lets them keep some cases in their area, too. It provides stability for both our organizations.”

When Powell Valley Healthcare approached West Park a couple of years ago about partnering with home health and hospice services, West Park said no.

“I believe PVHC had already committed to NextGen, (which) was in the implementation phase when the idea of partnering with WPH was discussed,” Odom said. That occurred before Odom came to Powell Valley Healthcare.

Overall though, “If the hospitals can more effectively work together, they’re going to provide better health care and hopefully at a better cost for everyone at Park County,” McMillan said. “It’s important for both hospitals in Park County to not only survive, but thrive.”