Surrounded by a tall steel jack fence, laborers planted more than 1,100 cut and pre-rooted willows on the banks of Soldier Creek in the Bighorn Mountains last week. Somewhat resembling a corral, the … 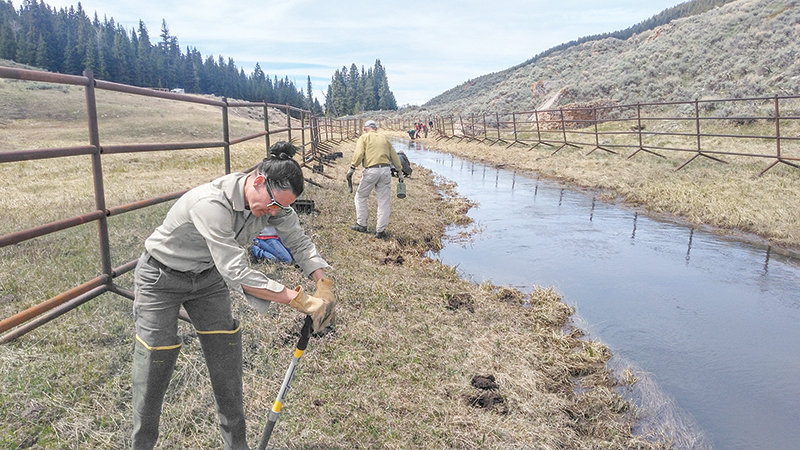 Surrounded by a tall steel jack fence, laborers planted more than 1,100 cut and pre-rooted willows on the banks of Soldier Creek in the Bighorn Mountains last week. Somewhat resembling a corral, the creek doesn’t look particularly picturesque as it wends through the valley. But to save the resource, extreme measures had to be undertaken.

The fence isn’t to keep anglers out, just the moose, elk and cows that were threatening one of the state’s natural gems. “While it may be a little harder to fish right now, there will be more fish to catch in the future,” said Dave Sweet, a Trout Unlimited member and Wyoming Outdoor Hall of Fame inductee.

The creek is home to more than 1,500 cutthroats per river mile. But it was jeopardized by erosion and waste caused by both wild and domestic animals. For the past four years, the East Yellowstone and Little Bighorn chapters of Trout Unlimited, the Bighorn National Forest and the Wyoming Game and Fish Department have worked to remedy the situation. The rancher leasing the land for grazing also chipped in.

First, the group comprised mostly of volunteers, Game and Fish fisheries personnel and National Forest employees built a boundary fence to persuade wildlife and cattle to feed elsewhere in the area. Phase one of the project cost more than $11,000. The funds came from the sale of a Game and Fish Commissioner’s tag, donated by Pete Dube of Buffalo to Trout Unlimited. But the costs paled in comparison to the second phase: erecting a steel jack fence high enough and strong enough to keep out some pretty persistent moose and elk. Funding for the more than $60,000 barrier came from the Wyoming Wildlife and Natural Resources Trust. It is a steep price for fencing, but when the banks have grown thick with willows and the project sees success, Sweet said the groups can reuse the materials to protect another needy creek.

The willows will shore up the banks, provide overhead cover for fish and cool the water, he said. It’s important work for the volunteers and agencies.

“It has one of the last pure strains of Yellowstone cutthroat trout in the Bighorns,” Sweet said.

Sam Hochhalter, the Game and Fish’s Cody Region fisheries supervisor, said his agency or the Forest Service couldn’t do the job on their own.

“Projects like this wouldn’t happen without having a host of dedicated volunteers to help with the work and do fundraising,” Hochhalter said, adding, “When we all get together, leverage our expertise and our resources, we get a lot more accomplished.”

The fisheries crew is still working to remove brook trout from Buckskin Ed Creek, a tributary in the area. They applied a chemical treatment last year hoping to get them all, but have not yet verified the effectiveness. Brook trout out-compete cutthroat trout and can eventually displace an entire population if left unchecked.

Getting to the creek to do the work is a chore, but one Hochhalter relishes.

“I love it,” he said. “Those are the days I have to pinch myself because I get paid to do some of this stuff. It’s just amazing.”

The Game and Fish will also be working on projects at Crandall Creek and Dead Indian Creek during the summer field season, Hochhalter said. 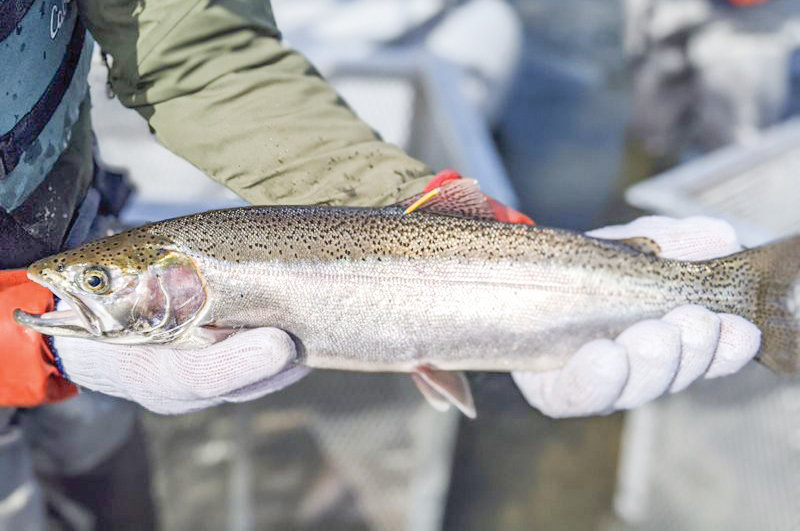 For two years, fisheries biologists captured, tagged and released trout in the North Fork in an effort to better understand seasonal distribution of trout in the blue ribbon river and reservoir and to help generate estimates of angler catch and harvest rates. By reporting tagged fish, “anglers play a crucial part in local research that will help fisheries biologists better understand the migratory nature of trout in this unique fishery and better evaluate the effectiveness of current regulations in place to protect migrating fish,” the department said in a recent press release.