Former U.S. Sen. Alan Simpson will be awarded the Presidential Medal of Freedom in a July 7 ceremony at the White House by longtime friend, U.S. President Joe Biden. 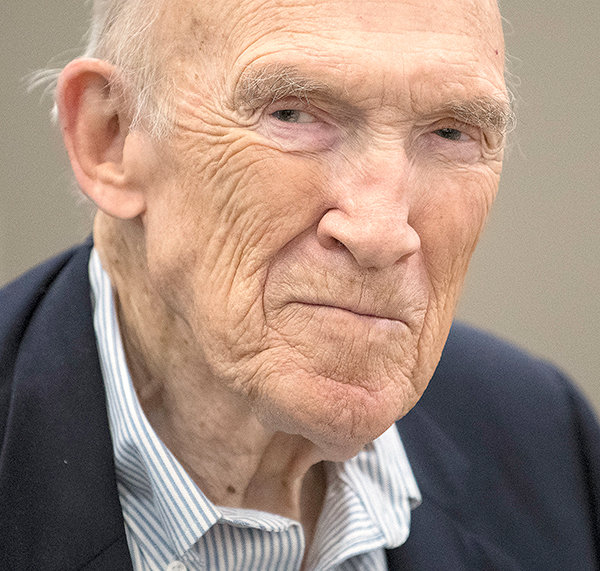 Former U.S. Senator Al Simpson will be presented with the Presidential Medal of Freedom from President Joe Biden in Washington, D.C., July 7. Simpson called the nomination ‘an honor.’
Tribune photo by Mark Davis 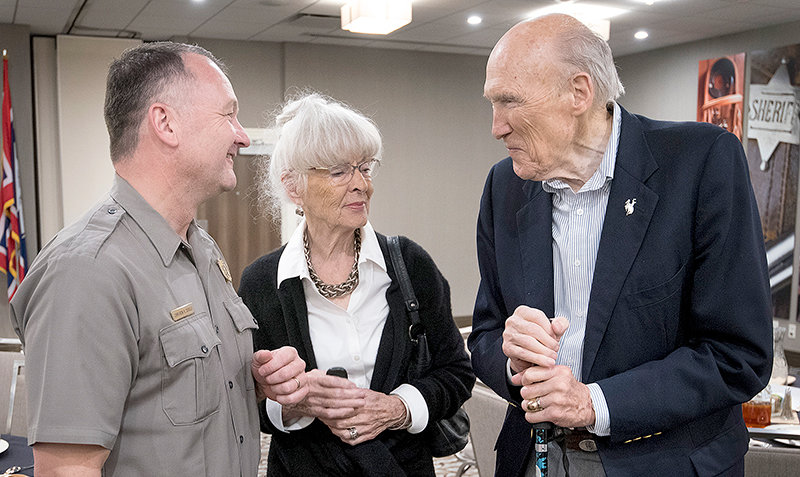 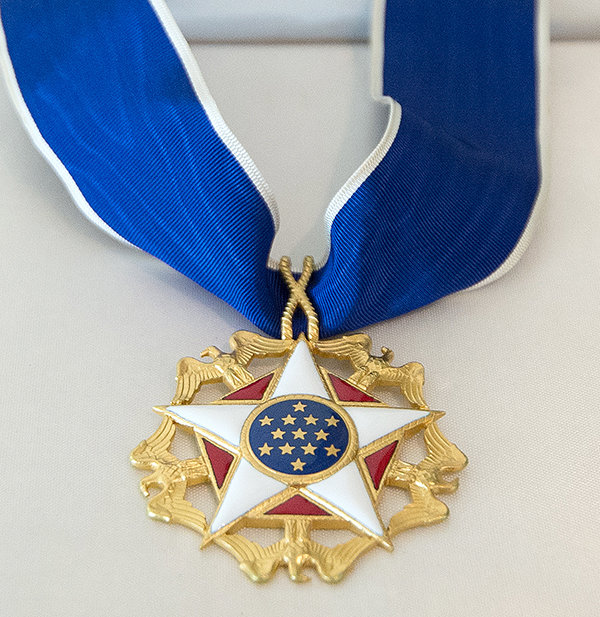 The Presidential Medal of Freedom
Courtesy photo
By Mark Davis

Former U.S. Sen. Alan Simpson will be awarded the Presidential Medal of Freedom in a July 7 ceremony at the White House by longtime friend, U.S. President Joe Biden.

“Joe Biden and I have been friends for 55 years and worked together for 18 years,” Simpson said in a Tuesday interview. “It’s a high honor and I’m touched.”

The Cody resident served in the Wyoming House of Representatives from 1965 to 1977 and was elected to the U.S. Senate in 1978. Simpson held several leadership positions, including serving as Senate Republican Whip from 1985 to 1995. After three terms, he refused to run for the seat in 1996. In 2010, President Barack Obama appointed him co-chair of the National Commission on Fiscal Responsibility and Reform.

Simpson has continued to remain politically active, including backing Wyoming Rep. Liz Cheney as she faces a tough election this year against Harriet Hageman for the only Wyoming seat in the House of Representatives after Cheney voted to impeach former president Donald Trump.

This is Biden’s first presentation of the medal, surprising many in honoring the Republican.

“I worked with Biden, crossing the aisle to get the job done,” Simpson said. “I went to Washington as an American first, not as a Republican.”

“You’re either for America, or you’re not,” Simpson said in a March interview.

Simpson has sometimes been at odds with state Republicans, calling current Republican leadership in the state “extremists.” He has been critical of Wyoming Party Chairman Frank Eathorne for participating in the violent insurrection Jan. 6, 2021, at the U.S. Capitol and accuses party officials of being filled with hate.

In a letter to the editor published in the Tribune in May, Simpson wrote “Wyoming state Republican lawmakers are splitting hairs over who’s a genuine conservative and who isn’t. A kind of litmus test to identify and weed out RINOs is gaining support among hardline, ‘far-right’ Republicans, who want to toss out anyone who doesn’t think bipartisanship is a vulgar word.”

He has also been an opponent of the former president for his role in attempts to overturn the 2020 election.

In an interview with NBC last week, Simpson mocked former president Donald Trump’s declaration to “Stop the Steal” as “Stop the Squeal.” He also called Trump a “spoiled brat” who is “at the root” of a “Machiavellian distortion of whatever this country stands for.”

“I’m a RINO; a Republican incessantly needling others,” he quipped Tuesday.

Despite having a fractured pelvic bone and requiring a “walker” to assist him, the veteran will head to Washington, D.C. to receive the decoration, spending four days in the nation’s capital.

The Presidential Medal of Freedom is the foremost U.S. civilian decoration, awarded to individuals who have made “an especially meritorious contribution to the security or national interests of the United States, world peace, cultural or other significant public or private endeavors.”

Recipients of the award are selected by the President, with the assistance of the Distinguished Civilian Service Awards Board, an advisory group created in 1957. Trump awarded 24 recipients the honor, including Iowa wrestler Dan Gable, college football coach Lou Holtz and professional basketball stars Jerry West and Bob Cousy. Fourteen of his honorees were former athletes. He also awarded the medal posthumously to musician Elvis Presley and Supreme Court Justice Antonin Scalia.