One expert found Joseph Underwood competent to face charges that allege he dumped his ex-girlfriend’s dead body south of Cody, but the defense will receive a second opinion. 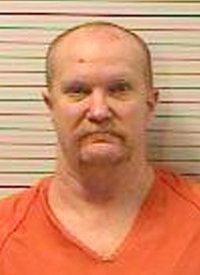 One expert found Joseph Underwood competent to face charges that allege he dumped his ex-girlfriend’s dead body south of Cody, but the defense will receive a second opinion.

The defendant’s attorney said the work will be performed by one of the two doctors who found Underwood was mentally unfit to face other charges stemming from the 2019 murder of his ex-girlfriend, Angela Elizondo.

Following the dismissal of that case, however, the Park County Attorney’s Office refiled separate charges against Underwood. They include felony counts of concealing a felony crime and possession of a firearm by a person previously convicted of a violent felony, plus misdemeanor counts of interference with a peace officer and fleeing police. Charging documents allege Underwood disposed of Elizondo’s body on a remote two-track road between Cody and Meeteetse and led law enforcement officers on a chase when they caught him returning to the scene. Despite a prior conviction for aggravated assault, Underwood reportedly had a handgun with him at the time of his arrest and threatened to shoot himself during a standoff with authorities.

If convicted of all counts, Underwood faces a maximum possible sentence of 14 1/2 years in prison — a substantially smaller penalty than the lifelong prison term he could have faced if convicted in the Laramie County murder case.

However, it’s unclear whether the Park County case will be able to move forward, either. Immediately after Underwood was transferred from Cheyenne to Cody, Judge Darrah expressed concern about proceeding with a defendant recently found to be incompetent. He paused the case pending a new examination of Underwood — and that created an additional complication.

The prosecutor is currently asking the Wyoming Supreme Court to order Darrah to move forward with Underwood’s case and hold a preliminary hearing, but it’s unclear when the high court will issue a decision — briefing is still underway.

“Hopefully they’ll rule on it expeditiously and then everybody will know what their position is on circuit court judges’ authority in a felony case,” Deputy County Attorney Jack Hatfield said at Wednesday’s hearing.

Meanwhile, as the dispute over the circuit court’s authority has continued, an evaluator for the Wyoming State Hospital, Dr. Steven Nelson, examined Underwood and concluded last month that he’s competent to stand trial. Underwood’s court-appointed defense attorney is now seeking a second opinion.

Defense attorney Tim Blatt initially sought to have both Drs. Wachtel and Martell — the two doctors who examined Underwood in the Laramie County case — reevaluate him, but agreed Wednesday that the defense is only entitled to one second opinion.

Blatt indicated he’d prefer to have Martell perform the evaluation, given his speciality as a forensic neuropsychologist, but said it’s unclear whether the doctor is available — and whether the public defender’s office will be able to afford the provider’s fee.

Judge Darrah indicated that his order will allow either doctor to perform the examination, “and make it very clear that we only do one.”