The local collaborative art group, led by April Jones and Todd Evans of Wapiti, plans to convert the bus into a large traveling art installation called “Saddle Up!” and demonstrate the local culture of northwest Wyoming. When assembled, the … 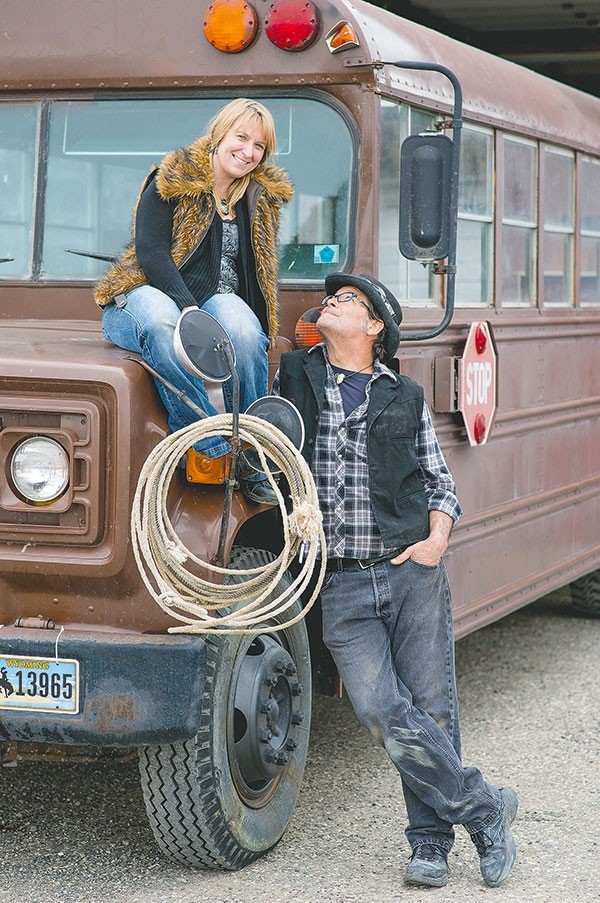 April Jones and Todd Evans — president and vice president of the Yellowstone Burners — have been working on collaborative art projects for years and are now attempting a 30-foot tall saddle and saloon ‘art car,’ using a former school bus they purchased in Powell. They’re looking for creative people to help with the build.
Tribune photo by Mark Davis 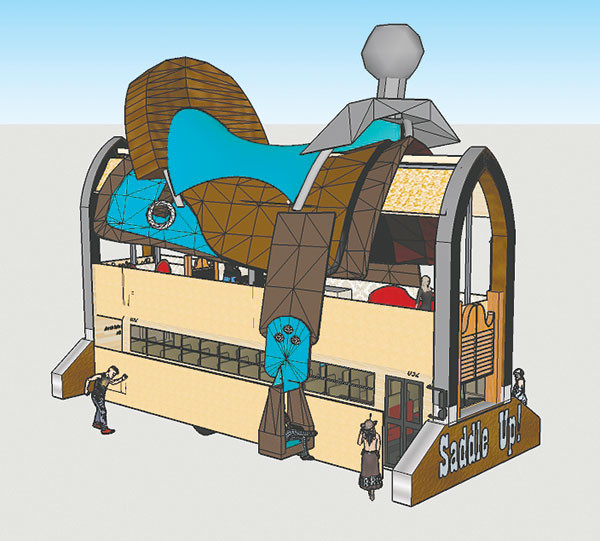 An artist’s rendering of the final ‘Saddle Up!’ project. Courtesy image 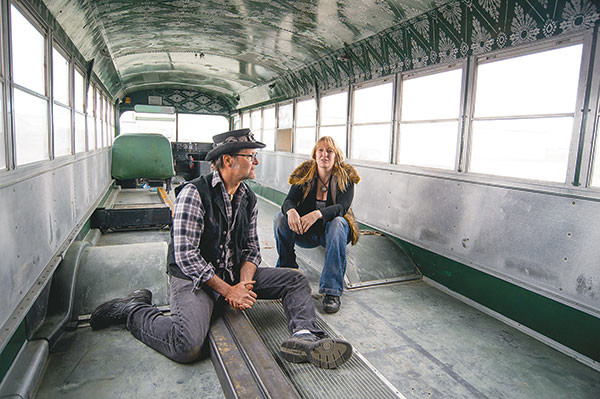 Todd Evans and April Jones have begun painting the interior of their bus, which they plan to turn into an ‘art car.’ Tribune photo by Mark Davis 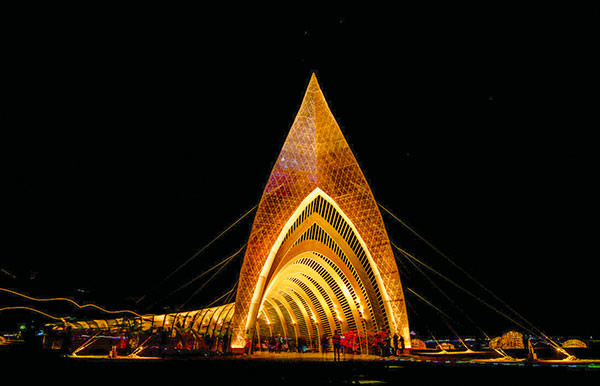 Where some might see an old school bus, the Yellowstone Burners see the potential for a double-decked saddle-topped saloon.

The local collaborative art group, led by April Jones and Todd Evans of Wapiti, plans to convert the bus into a large traveling art installation called “Saddle Up!” and demonstrate the local culture of northwest Wyoming. When assembled, the project will be about 30-feet tall, with a giant, colorful saddle on top.

But Jones and Evans need help.

“The idea is collaborative. Everyone is welcome to come help us build,” Jones said.

The piece is being built so it can be disassembled, the saddle stored in the bus and then moved down the road to their next destination and quickly reassembled.

The Yellowstone Burners hope to have the installation ready to roll for Cody’s Independence Day parade.

“We have a background in collaborative art which is what this is about. A lot of will people come together and make it happen,” Evans said, adding, “We’ve built bigger in less time.”

The ultimate goal is to showcase the “art car” at the 2018 Burning Man festival in Nevada’s Black Rock Desert, from Aug. 26 to Sept. 3.

The annual festival started in 1986 with 20 participants in attendance. The organizers built and burned a 9-foot wooden structure of a man and a small dog while partying in San Francisco. Eventually they were forced to stop the growing bonfire ceremony and applied and received a permit to move the party to the Nevada desert. In the past 30 years, the party has grown into an encampment known as Black Rock City with a temporary population of over 67,000 — bigger than Wyoming’s largest city.

The sculptures have also grown. The centerpiece — the Burning Man — reached a height of 105 feet by 2014 and now hundreds of temporary sculptures are built and burnt each year. Then the desert is cleaned and everyone goes home.

Before the Yellowstone Burners saddle up and hit the open road, they held a Saturday open house at the Cody shop where they’re working on the project.

Jones and Evans have helped to create other art cars and structures. The couple was recently on the leadership team for a 70-feet high cathedral that served as a meeting place at a prior Burning Man festival. More than 1,000 people helped construct the art project. At the end of the festival, the cathedral was burned to the ground.

But the Yellowstone Burners have no intention to burn their new project. They hope their art car becomes a familiar staple at Wyoming festivals, parades and county fairs.

It will feature the Watering Hole Saloon, offering non-alcoholic drinks. The idea is to help hydrate visitors during hot summer days — including at the annual building and burning of the Black Rock City on Bureau of Land Management property in northwest Nevada.

You don’t necessarily need to be an artist to pitch in, Jones said.

“We’ve got painting, sewing, welding, and woodwork to do — all kinds of stuff. Even if people don’t think they have a skill they can contribute, we’ll teach them,” she said.

Jones and Evans want to help empower people who wish to get involved in the art project.

“The whole concept brings people together and a lot of great stuff gets done,” Evans said.

This is just the first project the pair hopes to build with the help of the community. They have plans to continue building collaborative art projects, assisting others involved accomplish their artistic visions as well as their own ideas.

“I used to think art was something that was in a gallery behind glass. You couldn’t touch it or play with it,” Jones said. “Then I saw projects like this and realized it’s art, too. It changed the way I think about art.”

The Burners hope to instill the idea that collaborative art is accessible to those that may be creative, but aren’t skilled in traditional art forms. Another benefit is meeting new friends by working on the art project together, Jones said. The pair met while working on a collaborative art project at an industrial makerspace in California and then moved to this area, bringing their skills with them.

“It’s a point of pride to see it, knowing, ‘I helped build that,’” Jones said.

The work starts at the end of the month. They have much of the materials, including the bus and massive steel supports, to get the project well on its way. For those wanting to help but lacking time to commit to the project, the Burners are having a fund drive to help pay for the project.

“We have the skills. We know how to do it and we are rallying people to help. But the funding is critical at this point,” Jones said.