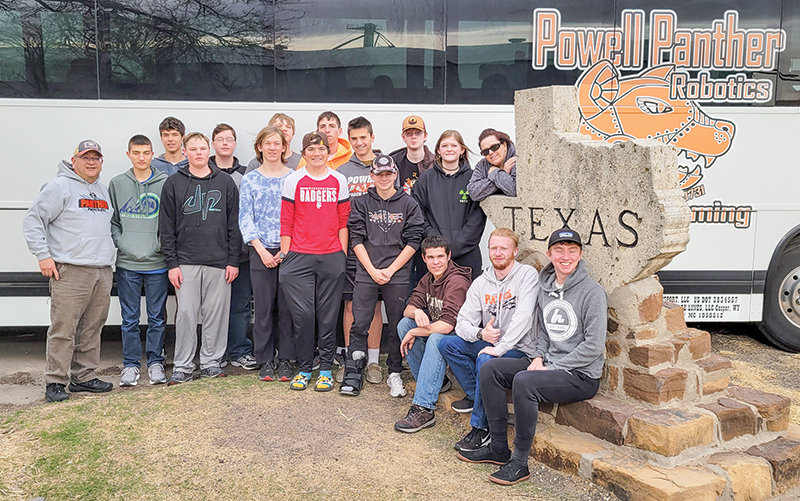 The competition included teams from 46 states and 15 countries and had roughly 160 teams total in the FTC First Tech Challenge, which is what Powell competes in. The FIRST Championship also had competitions that included lego robots and giant sized robots.

The FTC First Tech Challenge competitors were divided into two divisions of 80, where they had to complete a series of challenges and ally with another team in order to progress.

The winning team hailed from Romania.

Joel Hayano, PHS robotics coach, said a typical competition is just over 30 teams. This makes the First Championship roughly five times the size the PHS teams are accustomed to.

“I think it was a good experience for everybody, a lot of culture shock, like they said, because the building’s 1.8 million square feet over three levels. It’s about two and a half city blocks long,” Hayano said.

All three teams were attending the competition for the first time, but it was far from PHS’s first trip to Worlds.

“The entire event was a good experience for the entire club. I think it was a culture shock for everybody because most people have never been to a competition of this size,” senior Daniel Merritt said. “It’s a totally different game from the international kind of stage. We see things every year that we never thought were really possible in the beginning, and then some team will come and build a crazy robot to destroy everyone else.”

Powell students agreed they saw new builds and techniques they had not thought of before.

“We learned a lot of new mechanisms. We also learned a bit more about coding, and for the future, and what we should be able to do in order to be more competitive when we get to Worlds,” senior Ethan Bartholomew said.

Although most of the students will be graduating in the coming weeks, the all-freshman team of Squiggle Splat Bang hopes to attend the competition in the coming years.

The remaining members of The Mad Hatters also hope to attend Worlds again, but think the process may need to be slower and more deliberate as they improve their programming skills and learn how to manage a team, said sophomore Gabriel Rose.