There are so many things out of my control. Big things.

I guess I didn’t really have an example ready when I penned that opening thought, but let’s say peace. I would love it if … 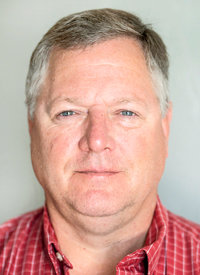 There are so many things out of my control. Big things.

I guess I didn’t really have an example ready when I penned that opening thought, but let’s say peace. I would love it if people would have peace, and I hope there are worthy folks working on that. I’m just not poised to take a stab at it.

I’m fairly peaceful. Honestly, I hope it catches on.

I spend most of my time aiming a little lower. All I want at this point is to learn from past mistakes. I often feel like I’m failing for the most part. It keeps me up at night. Sometimes it stifles me. I’m afraid to move for fear I’ll hurt someone and not be able to walk it back.

My mother’s river of tears shed over my poor decisions haunt me; the disappointment I must have been to my parents until I learned a modicum of discipline and respect. I cringe when I think of some of the past things I’ve said and done. It makes me want to buy a time machine, go back to the late ’70s and early ’80s and slap the crap out of myself in an attempt to knock some sense into my young, fat head.

Yet, there are a couple lessons I learned fairly early in life. Seat belts are one of them. While in high school, I had the misfortune of feeling my body drifting through the air at 60-plus miles per hour. Fortunately, I only have a few scars still visible from that day.

I’ve been to countless accidents while on the job. There’s a large collection of absolutely horrific scenes stored in my head, playing on a loop when I least expect them. I’ve suffered from nightmares, depression and, at times, I’ve been furious at God.

What I can’t figure out is why nobody listens to me when I harp on the benefits of seat belts. I beg the ones I love most to please wear a seat belt every time they travel. I constantly worry about arriving at a scene of an accident and finding a loved one — family and friends who mean more to me than life itself — being loaded into an ambulance and whisked away. Or worse.

The nightmares that wake me and keep me up are of the bodies that remain in place until the investigation is over. First responders often use available blankets or plastic sheeting, draping them over smashed vehicle windows to hide the dead bodies from passing motorists or family and friends at the periphery of rescue efforts.

You can tell when someone has died the moment you arrive at the scene. The demeanor of firefighters, emergency medical technicians and law enforcement is different. In a small community like ours, those first responders often have to hold back tears while attempting to treat unfortunate friends.

They know whose kid it is and are all too familiar with the wave of pain that will soon crash down on their family’s doorstep. And they also know far too many examples of children orphaned by a slight miscalculation of maneuvers or needless distractions.

I’ve discussed the nightmares and emotional trauma that persist after a “bad one” with many first responders. Trust me, being first on a scene is not nearly as romantic as children imagine when they are deciding on a vocation. No match for speed, bodies can rip like paper.

I’ve also witnessed the parade of loved ones arriving at the scene and learning the awful news. One by one they drop to their knees and pray for a reversal. It’s the start of a sadness that will never go away.

Death is permanent. Not being able to say the things you should’ve to those who pass with inconvenient timing is one of the most painful frustrations of life.

Know this: When I tell you to wear a seat belt, it’s because I know the statistics, have already subconsciously transposed your face on one of the hundreds of bodies playing on that sick loop in my head and have cried my own river of tears after waking from a nightmare, fearing I might lose you.

I will never stop saying it: I love you; please wear your seat belt.