Renner heads into her third term

Colleen Renner will remain Park County Clerk for her third 4-year term after defeating Tim Lasseter soundly in the primary.

Renner heads into her third term 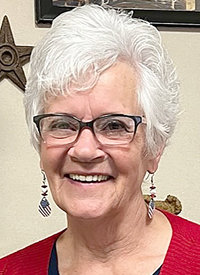 Colleen Renner will remain Park County Clerk for her third 4-year term after defeating Tim Lasseter soundly in the primary.

Renner easily won by more than a 2,800 vote margin, 6,696 to 3,892. It was a tough cycle for Renner, having to take a back seat on election night because she was on the ballot, she said Wednesday morning.

“Four years ago I was more involved, because I was running unopposed. This year, being opposed, I wasn’t allowed [to be involved in processing the election],” she said.

Renner is running unopposed in the general election.

Lasseter ran largely over concerns of election integrity, particularly the use of voting machines. He previously had predicted that there would be fewer voters due to mistrust of the Election Systems and Software used exclusively in Wyoming. He had asked to inspect voting equipment, saying, “I need to see what’s inside the machines,” during the elections office audit in July.

But voters turned out in record numbers, smashing the previous record turnout for a primary election by about 3,000 voters. He said the turnout was about “sending a message to Liz Cheney,” not about distrust for the election process in the state.

“I think people were gonna go vote this election no matter how they felt about the machines,” he said. “It was more important that they put themselves out there hoping that they would get the outcome they wanted and hoping it would be accurate.”

He said he doubted anyone in Park County has changed their minds about machine-aided elections.

“Now we have a secretary of state that will start addressing those issues,” he said jubilantly. “Yesterday was way more momentous than just Harriet Hageman winning. Chuck Gray being elected was huge for the state of Wyoming.”

Lasseter spent as much of his campaign working for Gray as he did for his own campaign, he said Wednesday. He hopes the state will return to the use of paper ballots and hand counts in the future.

“There’s already legislators talking about working with [Gray] and there’s going to be a huge push to do things differently,” he said.

Renner sees it differently. “I would definitely say silent [voters] are speaking loudly,” she said. “They voted yes, we trust the system. And yes, we trust the processes here in Park County and hopefully across the whole state of Wyoming. Us clerks work very hard to make sure that our elections run smoothly.”

She said despite the large margin of victory, she wasn’t overly confident going into Election Day. It’s different when you’re standing in the clerk’s shoes, she said.

“You always have concerns. You hope that you’ve served the people well over the past. And, you know, that they appreciate the work you’ve done for them. But it’s never a given until all the votes are all in,” she said.

Lasseter now plans to stage a fight to rid the state of RINOs (Republicans In Name Only), starting with Park County.

“Our job now is to shore up the party on the conservative side of it and start pushing back.”

The Cody resident had kind words for Renner. “My opponent ran a clean race and there are no hard feelings whatsoever. I’m grateful for the opportunity to run and grateful for the people of our county that trusted me with their votes.”

He also thanked his wife, Terri, for standing by his side, and gave thanks to a higher power.

“God was in control. I knew that the sun was gonna come up this morning, and if it wasn’t his plan for me to win, then he had something else in mind and I’m OK with that.”