Jim Hillberry and I have had many long and thorough discussions about Powell, always coming back to our love for the community and desire to see it grow. Jim was a huge proponent of economic … 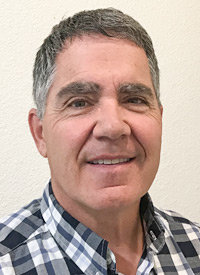 Jim Hillberry and I have had many long and thorough discussions about Powell, always coming back to our love for the community and desire to see it grow. Jim was a huge proponent of economic development from within. He wanted our business to grow and he supported that premise quite well.

He also was a great watchdog of the day-to-day of city government: no excess growth, no bad deals or purchases; do more with less. We didn’t always agree on everything but we chatted about all of the issues at length and often produced better ideas because of the conversations. Jim worked well with all the council and came to all the meetings quite prepared — often asking questions to make sure all options were researched and considered.

On the lighter side of life, I will always remember Jim’s watch. No, it wasn’t any special Rolex. Jim’s watch had an alarm set on it or it just beeped on the hour for about 10 seconds, probably by mistake, as it was one of those digital watches with complicated buttons. Said watch would often beep in council meetings for the 10 seconds, ignored by all. Maybe it was meant to speed us up; I’m not really sure. But I will miss Jim immensely, his wisdom and hearing his watch beep.

(John Wetzel is the mayor of Powell.)