The Corporations, Elections and Political Subdivisions committee met last week to begin wrestling with the contentious issue of how to update legislative districts now that the new census data shows … 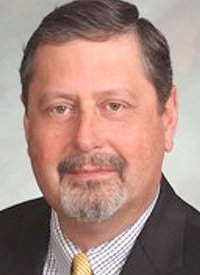 The Corporations, Elections and Political Subdivisions committee met last week to begin wrestling with the contentious issue of how to update legislative districts now that the new census data shows population changes across the state.

Big Horn Basin legislators hope to pass a plan that maintains three senators and six representatives in the four-county region. In order to make this work, either more communities will need to be brought into Basin-based districts, or the Wyoming Legislature will need to approve a greater variance than what is considered ideal.

“The legislators have to stick together, and we can’t be playing games. We have to protect the representation in our district, because no one else is going to,” said Rep. Mike Greear, R-Worland.

States are required to redraw their legislative districts every 10 years, following the release of the latest census data. The districts are drawn so that each one contains roughly the same number of people, and in Wyoming, there are two representative districts nested inside each senate district. This way, any legislator’s vote in the state represents the same number of citizens as any other lawmaker. District boundaries are ideally expected to be drawn so that no district has a variation of more or less than 5% from an even distribution of population.

At Wednesday’s committee meeting, Greear urged the members to consider the “uniqueness” of Wyoming’s population distribution. Communities share characteristics and concerns, which don’t lend themselves to easily drawn district lines that meet the expectation of a 5% deviation.

Trying to maintain that standard, Greear argued, would not only discourage people from running to represent citizens from communities in which they don’t live, but it would also leave communities being represented by people who don’t share their interests.

Greear recounted various considerations that have been discussed since the committee first met to discuss redistricting in October, in Sheridan. Greear was serving 10 years ago when the state wrestled with redistricting following the release of the 2010 Census data. At that time, the towns of Lysite and Shoshoni were brought into HD 28 and SD 20 in order to reduce their deviation.

One proposal discussed at a meeting earlier this month was drawing boundaries further into Natrona County to take some areas from the outskirts of Casper into HD28 and SD20.

“To a person we felt that’s really not a very good option,” Greear told the committee.

Another option was going over the Bighorn Mountains to pull in people from Johnson or Sheridan counties, but this was likewise dismissed over the same concern that the populations in those counties are not connected to the Big Horn Basin.

Another proposal would decrease the high deviations in HD 28 and SD 20 with populations from Fremont County. While there are a few less-than ideal options in that regard, taking populations from the Missouri Valley area near Pavillion is the most favored.

Speaking after the meeting, Greear said that option doesn’t look very promising. While it’s an agricultural community with beet growers like the Big Horn Basin, Greear said they won’t be too hot on the idea of being represented by Cooper and Winter, who live in Ten Sleep and Thermopolis, respectively.

If that’s the route the Basin has to go to maintain its representation, it’s possible the people in that community could be warmed to the idea, said state Sen. R.J. Kost, R-Powell.

“We’re going to support them every way we can. So they would be protected and represented,” Kost said in an interview.

However, even if the citizens of the Pavillion area could be convinced to part with their current representation, it’s unclear the legislators in that region would approve.

Sen. Cale Case, R-Lander, who sits on the committee, said the area’s agricultural industry is only one aspect of the community that it shares with the Big Horn Basin.

“It’s a little more complicated than that,” Case said.

While there is no legal way to challenge the census numbers, Greear asked the committee members to consider the data may not be accurate. He noted that Worland’s sewer usage has not shown the declines one would expect to see with a population loss of 13%.

“Either there’s fewer people and those that are left went to the bathroom more, or we didn’t get an accurate count,” Greear said in an interview.

While the higher deviation is the preferred option for the Big Horn Basin — Kost said the Basin districts could reach deviations between 6.2% and 6.4% — there’s a concern about it passing constitutional muster.

“You lose the presumption of constitutionality, and you risk losing court cases ... How the court would react is not entirely clear to me,” said Case.

There have been cases in other states where high deviations were successfully challenged.

He noted that Fremont County could give up to 2,700 people to neighboring districts, which includes some in the Big Horn Basin, without going outside the plus or minus 5% deviation.

But Case expressed resistance to the idea of carving up Fremont County.

“I feel like a turkey at Thanksgiving,” he said.

Committee Co-chairperson Dan Zwonitzer proposed reducing the number of senators to 28, with 56 representatives. Under this plan, the Basin is among the areas that would lose a representative, and it would share a senate district with residents to the south. However, the committee members didn’t express support for the idea and Zwonitzer said he wasn’t sure the plan could pass.

“I’m not in favor of that at all,” said Kost, speaking after the meeting and Greear was similarly opposed.

Greear said the Basin legislators will be working with county clerks to draw up boundaries internally to keep the deviations as low as possible.

Kost said it could be done, but it would likely result in some “ugly” district lines.

“There’s not any way to put together anything that looks very pretty,” Kost said at the meeting.

Given that the committee may not approve higher deviations, Greear said they will also develop a plan that brings in more population, likely from Fremont County.

“Our goal is to get those two plans in as good a shape as possible and then hold a couple public meetings,” Greear said.

These two plans will then be presented to the committee, along with the community feedback they receive at the public meetings, when the committee meets again in December.

Committee Chair Sen. Ogden Driskill, R-Devils Tower, warned that it was in the best interests of the legislators in the districts to cooperate to come up with an agreeable plan.

“There is winners. There is losers. If the regions can’t make their own choices, this body is going to do it for them,” Driskill said.

Kost and Greear said they are optimistic that a resolution will be found that maintains the Basin’s current level of representation, but it will not be easy.

“It’s going to be contentious no matter how we end up, because no one wants to give up anything, really,” Kost said.

Greear said that similar debates were held during redistricting a decade ago, and they made it work.

In order to be prepared with the two plans by the next meeting of the committee in December, Greear said they’ll be holding public meetings in November.

“It will be a fight,” state Rep. Dan Laursen, R-Powell, told leaders of the Park County Republican Party on Thursday. “No matter what we do down there, it’s going to be a fight.”