Logan James was looking for an easy, fun pet when he stumbled upon Blaze and Octavia, his two Russian Tortoises.

Blaze, the male tortoise, is around 5 years old and Octavia, the female … 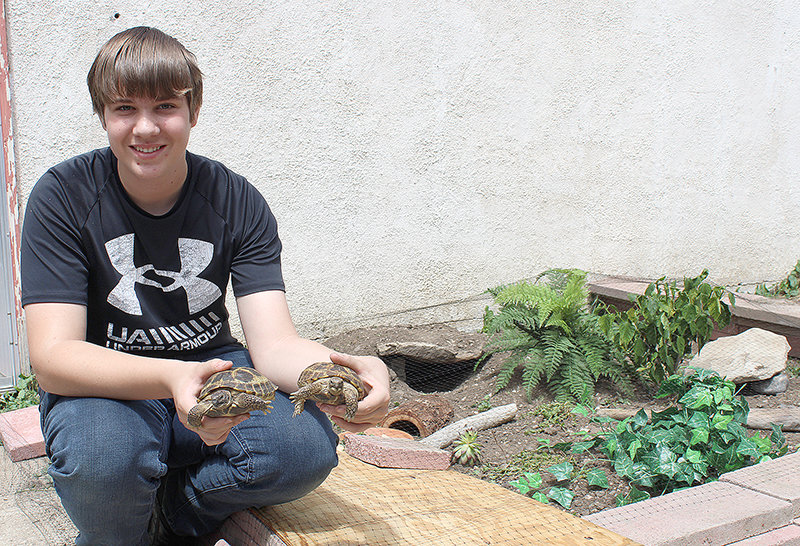 Logan James poses with his two Russian Tortoises, Octavia and Blaze, in front of their newly built outdoor enclosure. The outdoor enclosure measured 8 feet by 8 feet when this photo was taken, but has since been expanded to 15 feet by 20 feet.
Tribune photo by Lucy Jane Crimm
Posted Wednesday, June 22, 2022 8:15 am 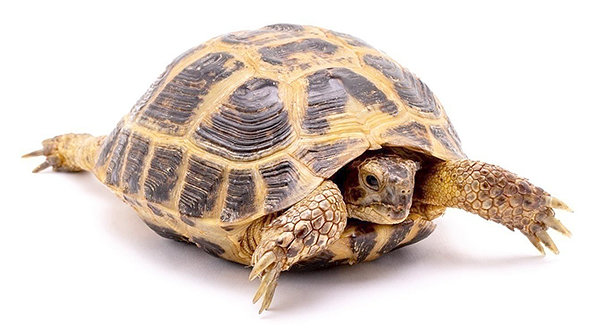 Logan James was looking for an easy, fun pet when he stumbled upon Blaze and Octavia, his two Russian Tortoises.

Russian Tortoises are a smaller breed of tortoise that grow to be eight to 10 inches in length and live roughly 50 years. They can be very active during the day, and different tortoises have distinct personalities. James explains that “Octavia is more shy and Blaze is more outgoing.”

“I have an indoor enclosure, and Octavia every morning runs up to the walls and scrapes at it saying that she wants food,” James said. “Blaze…he’s a digger. He goes everywhere. You could put the enclosure 8 feet into the ground and he’ll still find a way to dig underneath it.”

James plans on breeding his tortoises after they brumate during the winter and selling the hatchlings. Brumation is a period of dormancy in reptiles, similar to hibernation, in order to conserve energy by shutting down their bodies and going into a lethargic state. Later this summer James also plans on getting two more females and possibly another male.

“I’m surprised how much success I’ve had with their little hatchlings without hibernating them,” James said in one of his YouTube videos. “I’ve had way more success than most people.

“But this year I want a whole lot more,” he continued. “That’s why I’m getting two more females and possibly another male. I will probably get a smaller male, non-capable of breeding, just a male that will be more competition for Blaze.”

James started a YouTube channel named “Reptilian Dude” on which he shows off Blaze and Octavia, and talks about things ranging from what he feeds them to his future plans with them.

Blaze and Octavia just recently got a new 15 by  20-foot outdoor enclosure. James notes they have been much more active since they’ve been moved out there. There are multiple burrows and hiding spots for the tortoises in the enclosure, as well as plants for them to snack on. Some of the plants he keeps in the enclosure are hens and chicks plants, grass, creeping jenny, dandelions and hibiscus.

“These guys love [the new enclosure]. This thing is huge compared to them. I’ve never seen them waddle around as much as they are right now,” said James in one of his YouTube videos, showing off the enclosure. “If Russian Tortoises spoke, I could ask them some questions about how they enjoy it.”

James recommends tortoises as pets, but says to “make sure you give them the proper space and environment.”