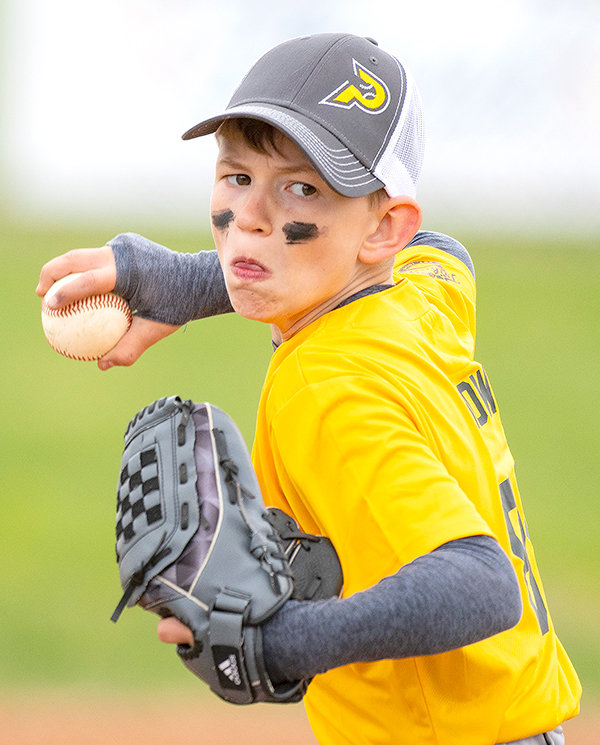 Pirates starting pitcher Karson Howe delivers a pitch in the first game of the year. The Pirates faced the Dodgers in the first game of the season at Homesteader Park for the Powell Little League majors. More than 250 girls and boys signed up for local Little League this year, an increase of over 90 players, with five teams added to the schedule.
Tribune photo by Mark Davis 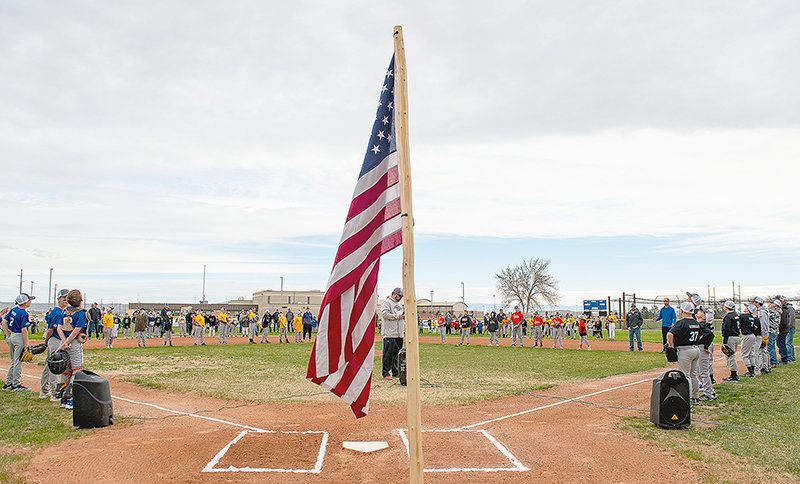 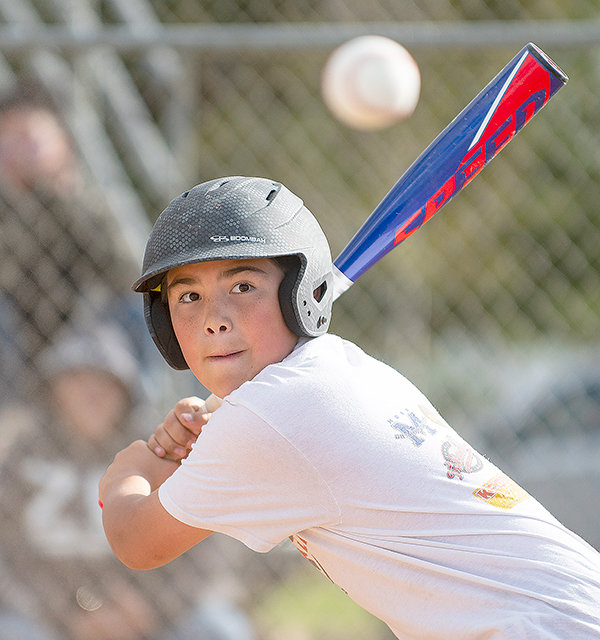 Ian Nelsen keeps his eye on the ball while participating in the Powell Little League home run derby Friday. The derby kicked off the season for the league’s 21 teams.
Tribune photo by Mark Davis 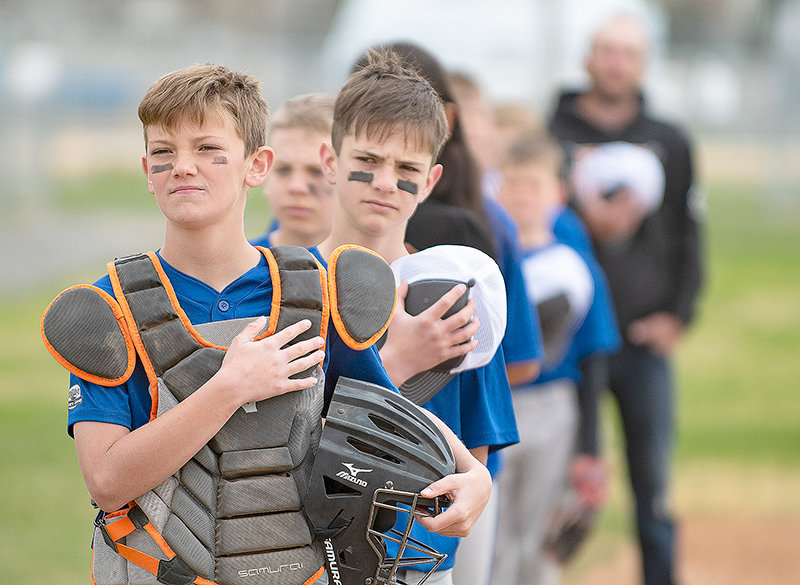 Dodgers players Ryder Stewart and Owen Jones lead the team during the National Anthem prior to their game against the Pirates Saturday morning.
Tribune photo by Mark Davis
Previous Next
Posted Thursday, May 19, 2022 8:25 am
By Mark Davis

Last year 160 kids played Little League ball on 16 teams, ranging from T-ball to the “majors.” This year 251 signed up; more than a 63% increase. The city now has 21 Little League teams. If you like the national pastime, you’ve come to the right place, Jones said.

“You can come out any night because we have doubleheaders every single night of the week,” he said before plugging in the mic Friday to introduce teams before the opening night home run derby.

One by one, teams with amusing names like the Rubber Ducks, the Rumble Ponies and the River Turtles took a bow in front of a large crowd at Homesteader Park. The two organizers coach in the majors. Jones manages the Dodgers and Stewart leads the Yard Goats.

By Saturday, players were itching to get their turns at bat. Before the games could begin, the teams all joined in for the Little League pledge. “I will play fair and strive to win. Win or lose, I will always do my best,” the teams recited.

The pledge was followed by the National Anthem before the scoreboard lit up. Then Dave Fink threw out the ceremonial first pitch. Finally, teams filled the diamonds for a full day of fun. There was a carnival feel to opening day, with the scent from several food trucks wafting through the cool air and fans filling the stands and lounging in the grassy margins.

There are zero female players in the majors, but many girls joined the boys in the coed league, signing up for the younger-tier teams. Lugnuts coach Vicki Chavarria, in her third year of volunteering, hopes the renewed interest in the sport continues into the future.

Starting young is important for childhood development, she said. “Little League is so important. I mean, the children learn teamwork, they learn about friendship, and they have fun. T-ball is the best place to be if you’re going to start in baseball.”

Her team plays in the Coach Pitch league, which uses a pitching machine to give the players three chances to get a hit. If they fail to make contact, they’re allowed to use the tee for an opportunity to blast the ball. There are kids from 3 to 6 years old in the division, making for some rib-tickling entertainment.

“I had fun. I assume the kids did,” Chavarria said.

Players were a little chilly Saturday. Some wore their parents’ jackets, with the sleeves hanging nearly to the ground. Others wore heart-shaped sunglasses and used gloves decorated in rainbow colors. Players and those in attendance had broad smiles, often evolving into laughter as new players rounded the bases, occasionally not in the correct order.

The joy of getting a hit and on base was obvious no matter the age group.

“Good job Christian,” Cannon’s assistant coach Eric Doely yelled with a melodic woohoo and some wild yips. “First base! It’s all downhill now,” as they met the Sidewinders in the opening game in minor league play.

Little League games and playoffs will continue for the next eight to 12 weeks, depending on the age group. Beginning with the 2022 tournament, Wyoming major league teams will compete in the newly created Mountain Region as the Little League World Series expands from 16 to 20 qualifiers.