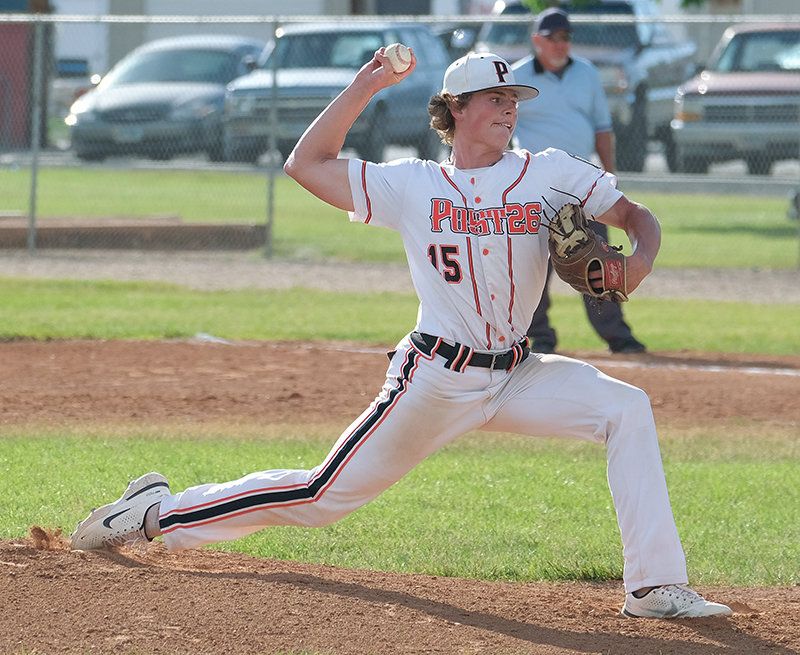 Brock Johnson had another sensational year on the mound, earning his second straight A West Conference Pitcher of the Year honors.
Tribune photo by Seth Romsa 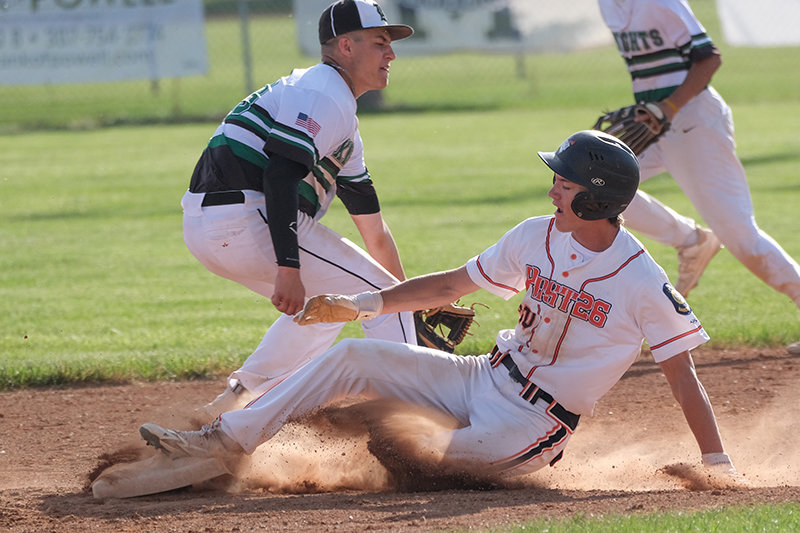 Trey Stenerson led the way for the Pioneers at the plate, pushing him to the A West Co-Player of the Year honors with Cody’s Jackson Schroeder.
Tribune photo by Seth Romsa 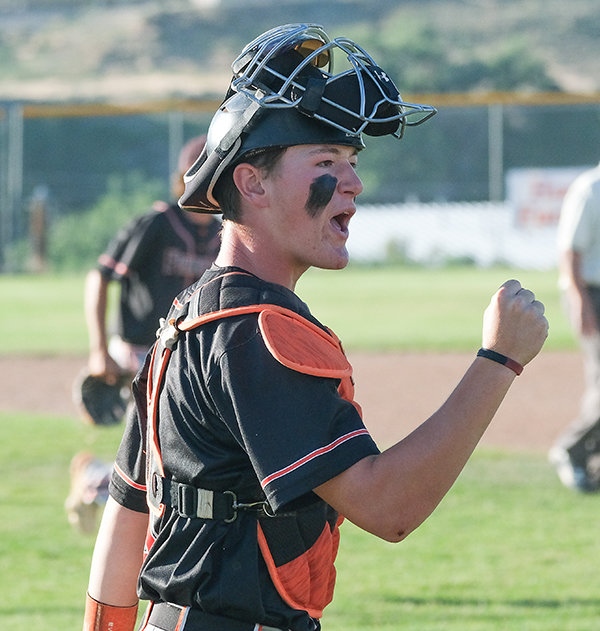 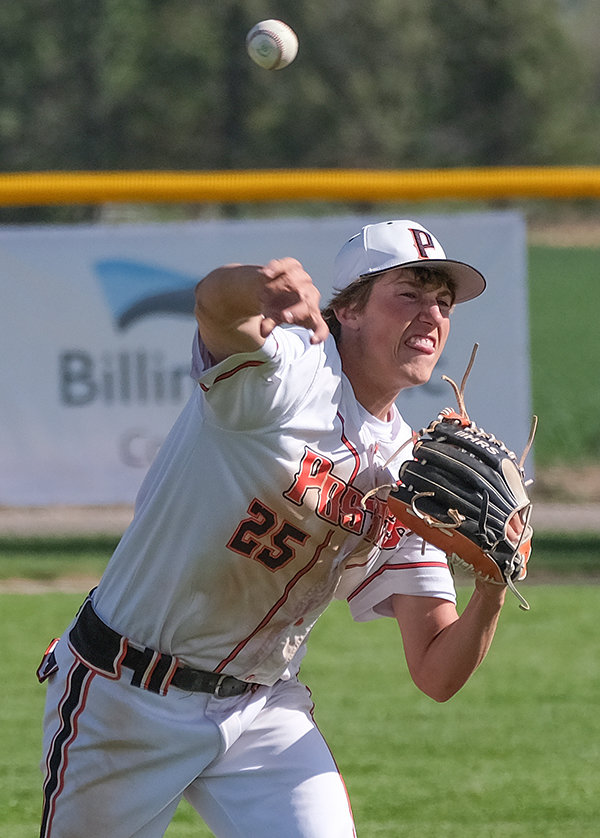 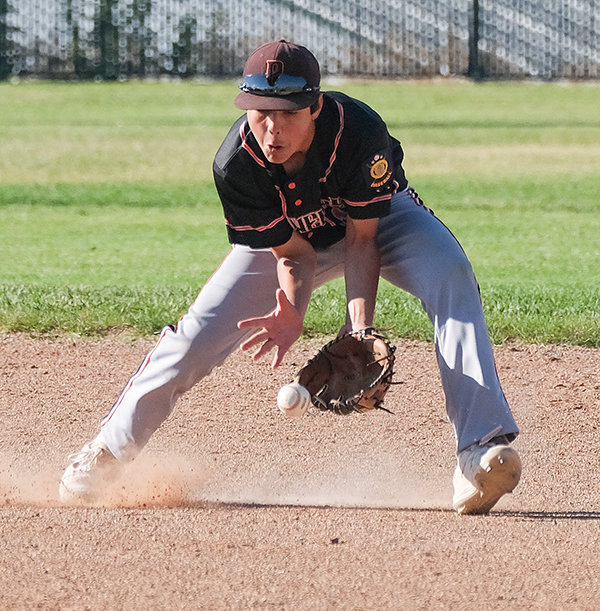 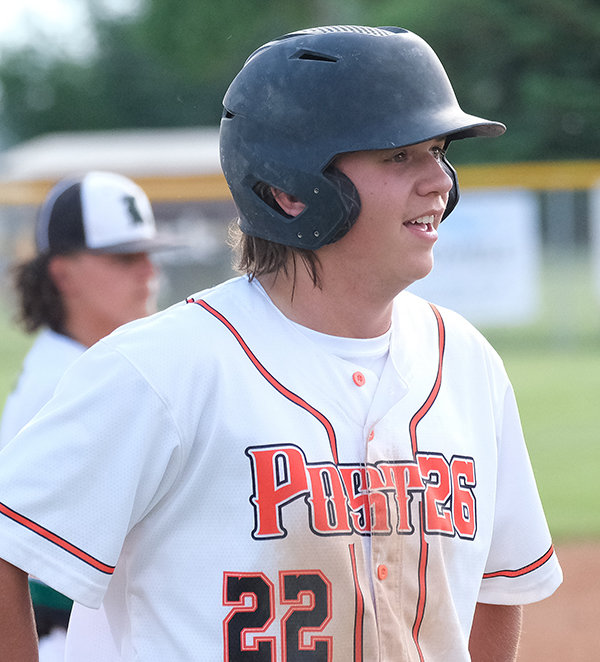 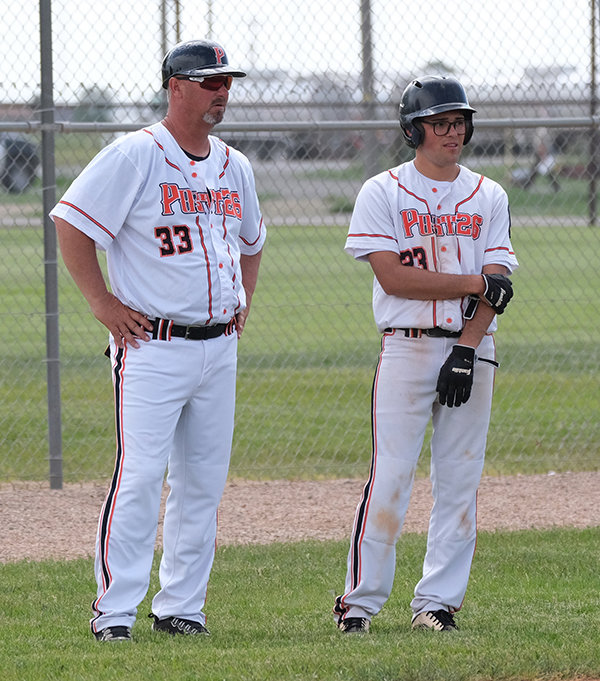 Johnson garnered the honors for the second year in a row after coaches voted at the West District Tournament.

“This year started with harder competition, so early in the season it wasn’t as easy,” Johnson said. “By the end of the year there was more confidence every time I stepped on the mound.”

Johnson had an ERA of 3.82 and finished with 32 strikeouts.

For the entire season, he finished with a 7-5 record in 15 games started, finishing with a 2.86 ERA and recording 133 strikeouts over 78 1/3 innings pitched.

Stenerson was named the Co-Player of the Year alongside Cody’s Jackson Schroeder.

“It was really cool to get the honor, and a cool experience to share with our teammates,” Stenerson said.

In league games he finished with a .462 batting average, driving in 17 RBIs and hitting five home runs against A West opponents.

For the season he finished with a .365 batting average, including 68 RBIs and a total of 11 home runs.

Johnson and Stenerson said their teammates helped them push through the season, with the tight knit group making sure to have fun every practice and game to help ease the tension.

Johnson and Stenerson were not the only Pioneers named to an All-State team, as Jhett Schwahn and Cade Queen were both named to the second team.

Schwahn finished the season with a .341 batting average, including 33 RBIs and one home run.

On the mound he finished with a 4-0 record in five games started and 20 1/3 innings pitched, giving up eight earned runs and maintaining a 2.754 ERA.

Queen finished with a 6-3 record on the mound in 10 games started, owning a 3.94 ERA and recording 100 strikeouts.

At the plate Queen had a .319 batting average, finishing with 44 RBIs and one home run.

Both players were named to the first team for the A West All-Conference postseason honors.

Greenwald did not give up an earned run in four innings pitched during league play as a reliever.

He finished with a .250 batting average, driving in four RBIs.

Welch had a .313 batting average during league play and drove in seven runs.

For the entire season he finished with a batting average of .327, driving in eight runs for the Pioneers.

MANAGER OF THE YEAR

In his first season back in Powell after a spell in Lovell, Jason Borders was named the A West District Manager of the Year.

“I don’t take any credit for this.  Honestly, if these guys didn’t play the way they did, I would not have gotten it,” Borders said. “I feel like they got me that honor and that’s all there is to it.”

Borders came back into the Pioneer program with a team that had limited A team experience.

Starting out the season, Borders wanted to ensure that the players were comfortable transitioning into a season with a new manager after a successful 2021 season.

He said the guys made it easy for him to transition back into the program, but the results were not there early in the season due to a difficult schedule.

Throughout the season, the results did not show early on, but the team started to gel at the midway point of the season — going on a strong run toward the end of the 2022 campaign.

Six Pioneers will now make their way to Douglas this coming weekend, taking part in the All-Star game and home run derby alongside Borders.

“I got to coach these guys last year, and what we basically go to do is have fun,” Borders said. “There is no pressure.  They are the best kids in the state and can go show what they can do.”

Schwahn was eligible to attend the game but opted out due to a prior commitment.

The home run derby is scheduled to take place Friday night, and the All-Star game will take place on Saturday.