One inning proved to be the difference in the Powell Pioneers’ final game of 2021. 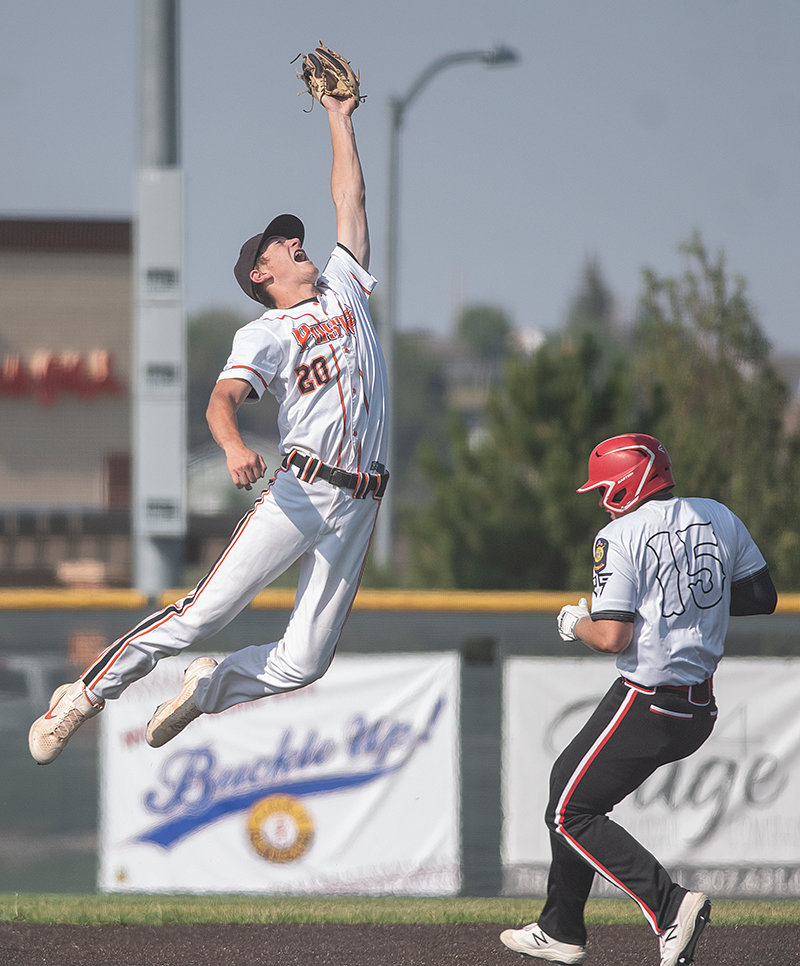 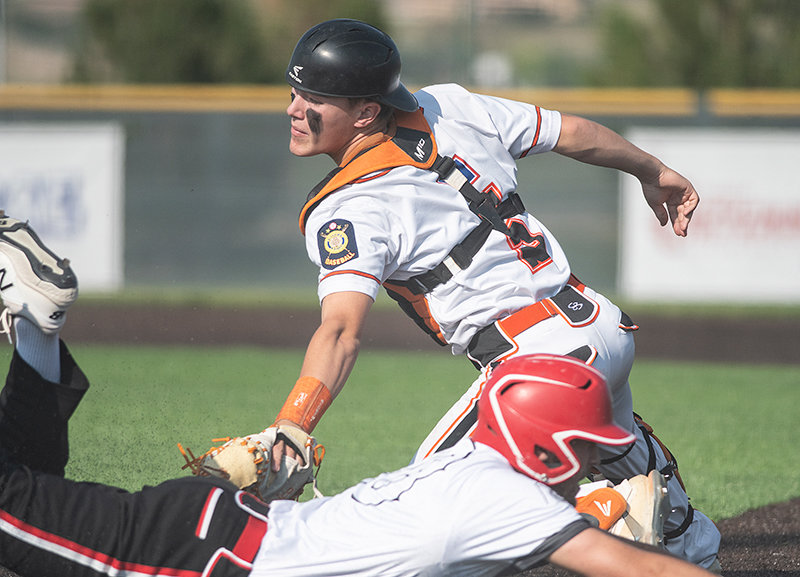 Pioneers catcher Jhett Schwahn attempts to tag a runner out at home in the fourth inning of Monday’s 10-4 loss to the Mustangs. Schwahn is one of five all-conference players who will return to the Pioneers next season.
Tribune photo by Carson Field 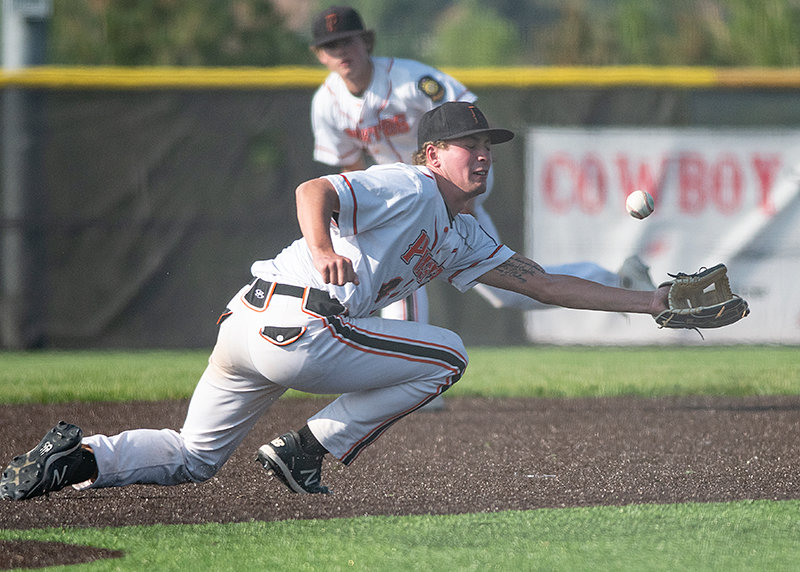 Mason Marchant dives for a ball at third base against the Mustangs.
Tribune photo by Carson Field 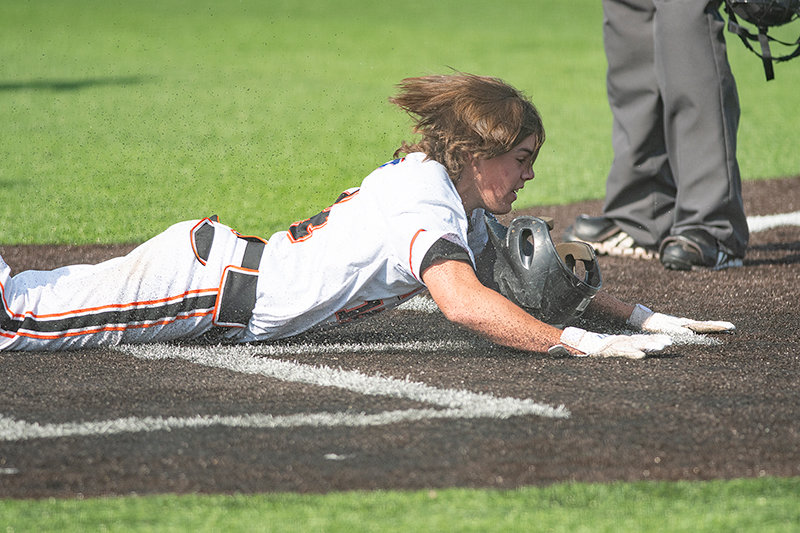 Ryan Cordes slides into home for a run early in Monday’s loss to Lovell.
Tribune photo by Carson Field
Previous Next
Posted Thursday, July 29, 2021 8:25 am
By Carson Field

One inning proved to be the difference in the Powell Pioneers’ final game of 2021.

The team fell 10-4 to the Lovell Mustangs in its third game of the Wyoming Legion Baseball State Tournament, ending the Pioneers’ season. Lovell scored eight of its 10 runs in the third inning to take a lead it wouldn’t surrender.

“It was one inning,” manager Joe Cates said. “One inning they put us on our heels, and we weren’t able to bounce back.”

Trey Stenerson started the game on the bump for Powell. He started off strong, throwing two scoreless innings and striking out five. Powell’s offense supported Stenerson early, scoring three times in the first two innings to give Powell an early 3-0 lead.

But in the third, the Pioneers ran into trouble.

Lovell loaded the bases to put an end to Stenerson’s outing. Then, reliever Ryan Cordes came in but was unable to stop the bleeding. Cates then put Cade Queen on the mound, and he eventually retired the side.

By the time Powell got its third out, the Mustangs had scored eight times and put the Pioneers in a five-run hole. Lovell scored twice more in the fourth to extend its lead to 10-3.

The Pioneers made another pitching change in the fifth, putting in Rayce DeGraffenreid. He was strong in relief, throwing two scoreless frames and allowing just one baserunner.

“Rayce [DeGraffenreid] stepped up,” Cates said. “He did what he needed to do.”

Powell put one more run on the board in the bottom of the fifth to close the gap, but it wasn’t enough. Cates got ejected in the sixth, Powell’s bats stalled and the Mustangs ran away with their six-run win.

The Pioneers had opened the tournament Saturday with a 5-4 win in extra innings over Douglas, followed by a 19-0 loss to the Cody Cubs on Sunday.

The Powell squad finished the season 31-12, their best record in several years. Though Cates admitted he hoped his team would’ve gone further at state, he is proud of his team’s effort throughout the year.

“We had a great season,” Cates said. “The team meshed really well this year; they built around each other. I just hope it continues.”

The Pioneers will lose five seniors from the program this year: Kobe Ostermiller, Landon Sessions, Mason Marchant, Canyon Gonzales and Ashton Brewer. All five were valuable contributors for several years.

But while the Pioneers will lose a handful of key pieces, they will get to see their young stars develop. Five all-conference players return to the squad next year, including first-teamers Stenerson and Brock Johnson. Johnson was named the West District’s pitcher of the year.

After a strong season from the team’s young core, Cates looks forward to its continued growth.