Early in Powell’s regular-season finale against Worland, the Panthers were in trouble. 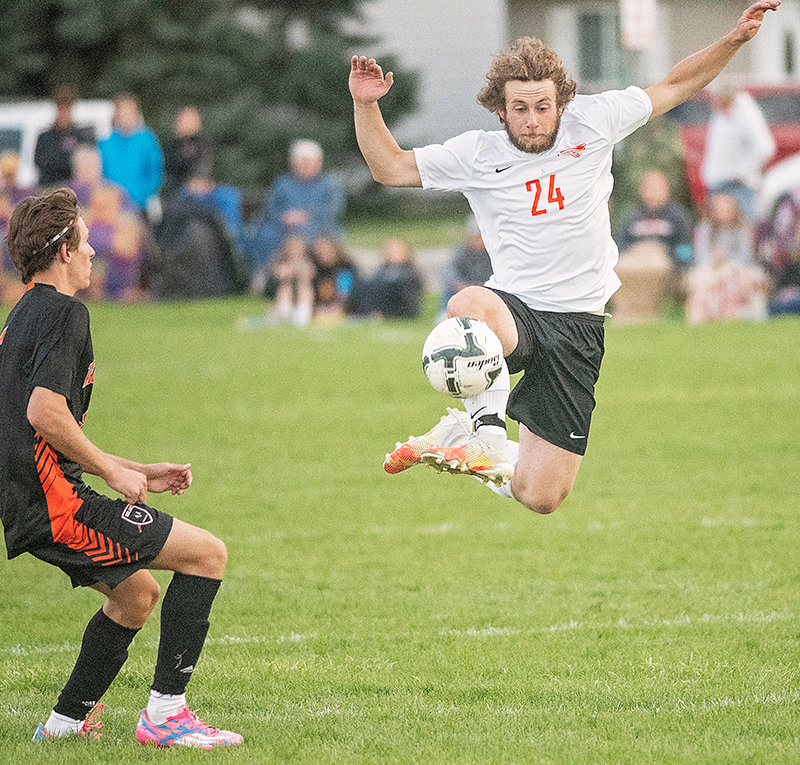 Matthew Hobbs leaps into the air to stop a ball against Worland on Friday. The Panthers showed ‘grit’ after falling in a two-goal deficit early, their coach said, scoring two goals in a row.
Tribune photo by Carson Field 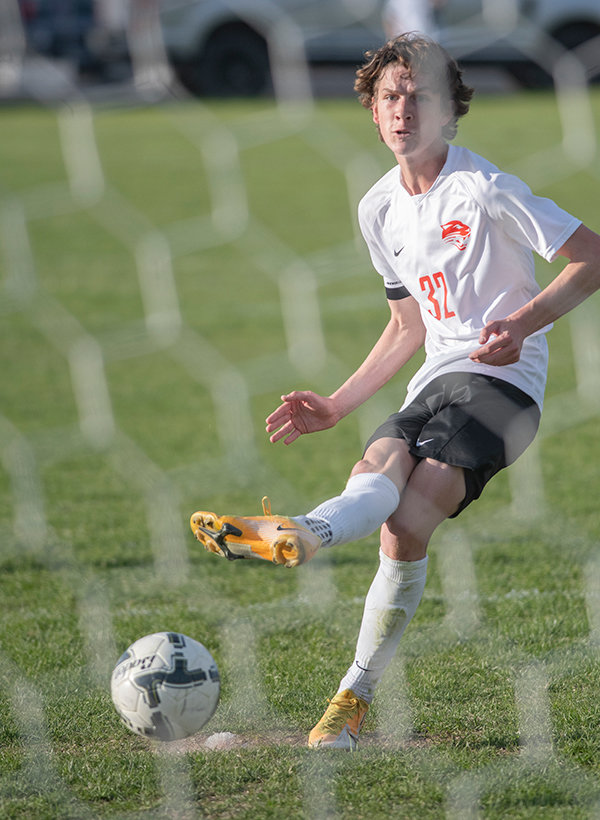 Early in Powell’s regular-season finale against Worland, the Panthers were in trouble.

WHS dominated possession and notched two early scores in the first 20 minutes of Friday’s match in Worland. For PHS, these were uncharted waters.

“There haven’t been many times where we’ve gone down,” head coach David Gilliatt said.

In a deep hole, the Panthers fought back. Minutes after Worland’s second goal, Sam Bauer drew a penalty in the box, leading Garrett Morris to score on a penalty kick. Powell went to the locker room down 2-1.

After the break, the Panthers saw more offensive opportunities. Eventually, PHS cashed in when Chance Franks dribbled past multiple defenders and netted the equalizer with just over 20 minutes remaining.

In an unfamiliar position, the team’s fight pleased Gilliatt.

“That showed real grit from the players,” the coach said. “It was great for us. They didn’t stop.”

The match was a stalemate for the next few minutes before the Warriors capitalized on an opportunity. They put together a strong counterattack after a PHS possession, and Worland’s Jorey Anderson scored on a deflection to give his team the lead once again.

“They caught us in transition,” Gilliatt said.

Powell logged a handful of shots on goal in the subsequent minutes, but they all found the keeper’s gloves.

With just over a minute remaining, the match took an odd turn. The sprinklers at Worland’s pitch turned on, pausing the game for several minutes. Once they shut off and the game resumed, the Warriors played keep away and escaped with a 3-2 win.

Gilliatt admitted the disruption made an impact.

“We had momentum and were pressing,” he said, “but that’s not why we lost.”

In spite of the outcome, Gilliatt was pleased with Ashton Brewer’s performance in goal, saying “he was very active in the box” and “played the best game of his career.”

Meanwhile, he said Lane Franks performed well off the bench, “playing a big role defensively.” And with Sam Bauer missing time in the second half due to food poisoning, Keaton Rowton stepped up and had a “big offensive performance,” the coach said.

PHS enters the Class 3A State Tournament as the No. 2 seed in 3A West. The Panthers kick off the postseason at 2 p.m. Thursday in Cheyenne. They’ll face off against Riverton, the No. 3 seed from 3A East.

As the Panthers venture into the most important time of the season, Gilliatt said the hard-fought loss to the Warriors will benefit the squad.

“It’s a huge plus to have that experience,” Gilliatt said. “To come back from two goals, that was a great growing experience. In the event we do go down, my guys are still in the game. They’re going to go until the whistle blows.”