After Park County Assessor Pat Meyer explained the scope of increasing 2022 taxes on home-property values, commissioners discussed alternatives to the high assessments at their Tuesday, May 17, … 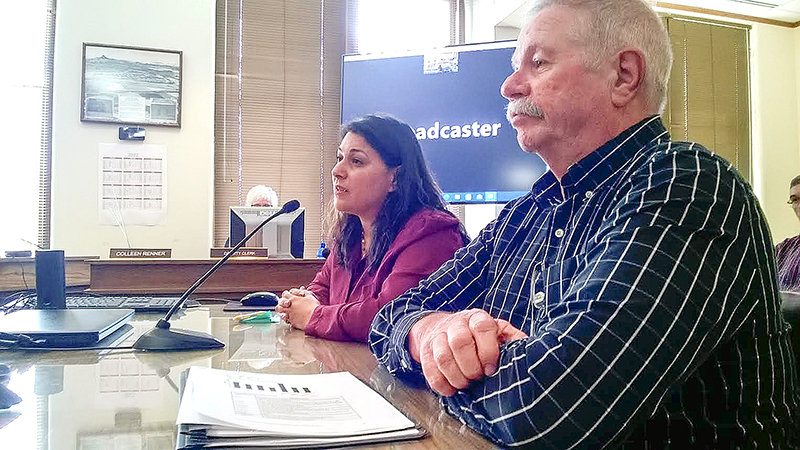 After Park County Assessor Pat Meyer explained the scope of increasing 2022 taxes on home-property values, commissioners discussed alternatives to the high assessments at their Tuesday, May 17, meeting.

Most Park County residents were caught off guard by this year’s increases in home-property tax assessed values, which exceeded previous years by more than 25% on many homes.

“In 2021 we saw a higher increase than we were used to,” Meyer told commissioners. “Your lower-valued homes went up about 10%.”

“You’ve got low values, medium values and high values,” Meyer said, noting the county has never lost an appeal during his tenure. “The county averages those [houses] that have sold and places a percentage value on all homes in each class.”

Most Park County residents are more concerned with why their assessments increased so dramatically in 2022 than how the county formulates property tax rates.

As Commissioner Lee Livingston pointed out: “We all know how we got here. How to fix it? That’s the big question.”

The primary reason for higher valuations is the influx of people moving into Wyoming, Meyer explained. Higher-end homes in Jackson have attracted people from around the country, driving up the cost of houses and property tax assessments statewide. In fact, just about every county in the state — including Park — has seen an influx of home buyers from around the country. People from Washington, Idaho and California, in particular, are moving to Wyoming, Meyer said.

Although Wyoming homeowners benefit from higher values when they sell their houses, residents who are not planning to move out of Park County face rising taxes, which many people cannot afford. Some residents — particularly retirees — are on fixed incomes. Others have not benefited from higher wage increases necessary to cover their new assessments.

“We also have to be in compliance with the State Board of Equalization,” Meyer said, pointing out if Park County does not raise property taxes according to the standardized formula he described at the beginning of the discussion, the state can arbitrarily increase property taxes.

As an example, Meyer said the state might raise property taxes to 20%, presumably on a home that would normally be assessed much lower, even with increased recent neighborhood sales prices.

Meyer told commissioners he is exploring how other states, faced with the same dilemma, are meeting the challenge of increased property-tax assessments. Park County’s tax assessor is working with Wyoming state officials to find ways to lower the pain for residents who cannot afford to pay their 2022 property tax bills.

“I am looking into it,” Meyer said, after noting some high-value homes in Cody have increased an average of 27%. “I have contacted our legislators — we’re trying to figure out what’s good for Wyoming, here.”

Exploring how other states handle annual assessments is a big part of Meyer’s efforts to take a proactive approach to addressing Park County residents’ concerns. Oklahoma, Meyer said, is one state he’s particularly impressed with because it offers a “limited value” assessment. Using a limited value formula is considered to be a hedge against inflation, which limits the amount a property valuation can increase annually.

Arizona is another state that has managed to keep property tax bills at a reasonable level by limiting increases to 5% annually.

Park County commissioners said they are exploring options to counter the sticker-shock residents faced when they opened their home property tax assessments this year. One idea is to forgo a property tax increase altogether in 2022. However, all of the commissioners seemed to agree countywide services would suffer as a result of such a drastic measure. School districts, fire departments and other mandatory programs that rely on revenues from property tax increases to maintain services without negatively impacting budgets would suffer.

“A short-term fix has got to happen and it’s gotta happen soon,” said Newsome. “We can’t wait for the state Legislature to take action.”

Although her idea of issuing refunds was well-received by most of the commissioners, Chairman Dossie Overfield pointed out laws could prevent the county from singling out homeowners at certain income levels. Overfield noted — and Commissioner Livingston agreed — constitutionally, it would be unfair to offer tax-refunds to some Park County residents while not making them available to others.

It was suggested to the commissioners they issue across-the-board refunds to all Park County homeowners, regardless of income level. The commissioners said they would take the suggestion into consideration. However, they continued to emphasize striking a balance between meeting the needs of residents on fixed incomes with increased demands on county government services, such as K-12 education and fire departments.

State Rep. Rachel Rodriguez-Williams, R-Cody, also addressed the commissioners. After thanking them for their efforts, the Republican lawmaker pleaded with the Park County Commission to take quick action on this year’s property tax increases in order to help retirees and other residents on fixed incomes.

Although no action was taken at Tuesday’s meeting, commissioners devoted a significant amount of time to the tax assessment issue. They promised to address it as quickly as possible in a way that is fair, legal and constitutionally equitable.