This is an article that I did a year ago, but I really feel like it would be good to return to this topic due to the state of our nation right now.

Have you noticed the climate of our … 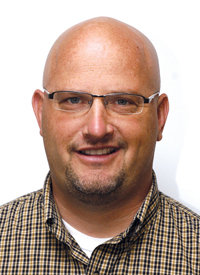 This is an article that I did a year ago, but I really feel like it would be good to return to this topic due to the state of our nation right now.

Have you noticed the climate of our country today? People get offended over the smallest things today.  In every area of life, people are getting offended — especially in the political arena; people are at odds like never been before.

In Luke 17:1, Jesus said to the disciples, “It is impossible that no offenses should come, but woe to him through whom they do come!” Jesus knew that people were going to offend us in this life, and that we would offend others. There is no possible way for us to live here and not be offended by others. The only way for that to happen is for us to live on an isolated island.

Did you know that offenses and offended are two different things? Offenses are what happened — offended is our reaction to what happened. Offense says, “You did it.” Offended says, “I’ll never forgive it.” Offense is an event, offended is a decision.

Did you know that it is possible for us to live unoffended and that there is great reward for us if we can do that? God has big things for our lives, but he can’t do them if we are easily offended.

In the book of Matthew, chapter 15, we see the story of a woman who chose not to be offended and it paid great dividends for her!

Matthew 15:21-28: Then Jesus went out from there and departed to the region of Tyre and Sidon. And behold, a woman of Canaan came from that region and cried out to Him, saying, “Have mercy on me, O Lord, Son of David! My daughter is severely demon-possessed.” But He answered her not a word.  And His disciples came and urged Him, saying, “Send her away, for she cries out after us.” But He answered and said, “I was not sent except to the lost sheep of the house of Israel.” Then she came and worshiped Him, saying, “Lord, help me!” But He answered and said, “It is not good to take the children’s bread and throw it to the little dogs.” And she said, “Yes, Lord, yet even the little dogs eat the crumbs which fall from their masters’ table.” Then Jesus answered and said to her, “O woman, great is your faith! Let it be to you as you desire.” And her daughter was healed from that very hour.

It was very bold of this woman — a Canaanite woman — to even speak to a Jew let alone the Messiah, there was a longstanding feud and mistrust and hatred between these two groups of people!  The Jews hated the Canaanites and vice versa. It took much courage for this woman to come to Jesus with her request and to lay it out in front of all of these people who were there with Jesus.

This Canaanite woman came to Jesus even though it was totally culturally unacceptable for her to do it! It must have been humiliating for her to do it, but there is nothing people won’t do to help their hurting children.

There were a few things that happened in this story that could have offended her.  First of all Jesus heard her, but didn’t answer a word. Then the disciples told Jesus to put her away, then Jesus told her that he was sent only to the lost sheep of Israel, then he said to her, “It is not good to take the children’s bread and throw it to the little dogs.”

The Jews called the Canaanites, “Dogs.” In most cases in the Bible, they were referred to as, “wild dogs”  or “evil men.” I’m sure that during her conversation there were probably a few times where her pride was telling her to just give up and leave. But there was something that Jesus said to her that she took notice of.  She noticed that Jesus didn’t call her a “wild dog” but he used a word that meant “pet dog.”  The Greek word is “Kunarion.” He used a word that was different.

And so she responded to that and said, “Even the pet dogs get the scraps that fall from the master’s table.” It was then that Jesus said to her, “O woman, great is your faith! Let it be to you as you desire.” And her daughter was healed from that very hour. You see, when this woman remained unoffended (even when she had what would have seemed to her as a right to be offended), she received her miracle.  Her miracle was just on the other side of not being offended. It is a great lesson for all of us today.  If we can temper our pride and allow God to help us to remain unoffended, we will see God do great things in our lives!

I just want to encourage all of us (myself included) to take a step back and temper our anger and tongue. Be filled with grace and peace during this election season, and give others the right to have their opinion.

(Mike Walsh is the pastor of Glad Tidings Assembly of God Church in Powell.)