High school sports are fast approaching, and the NWC volleyball team gave teams from the northwest portion of Wyoming – along with Montana –  an opportunity to hit the courts on July … 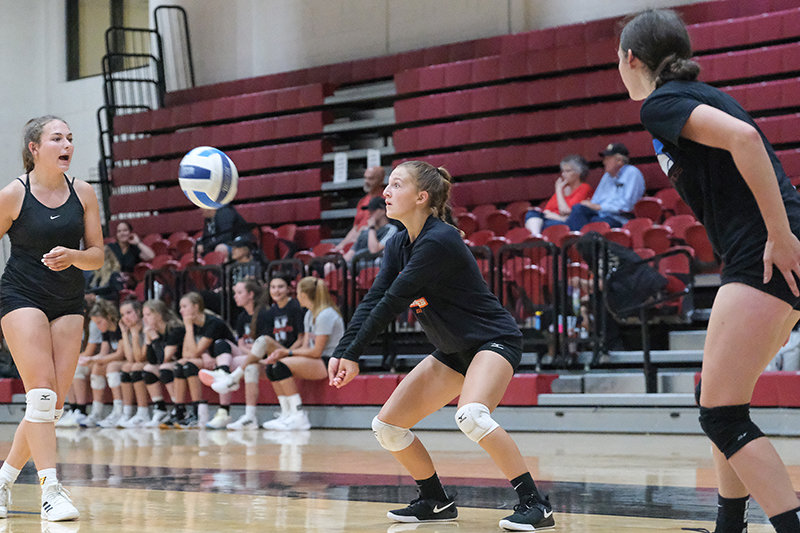 Sydney Spomer (left) and Saige Kidd (right) yell out while Alexa Richardson (middle) receives the ball during a match against Lovell in the NWC volleyball camp.
Tribune photo by Seth Romsa 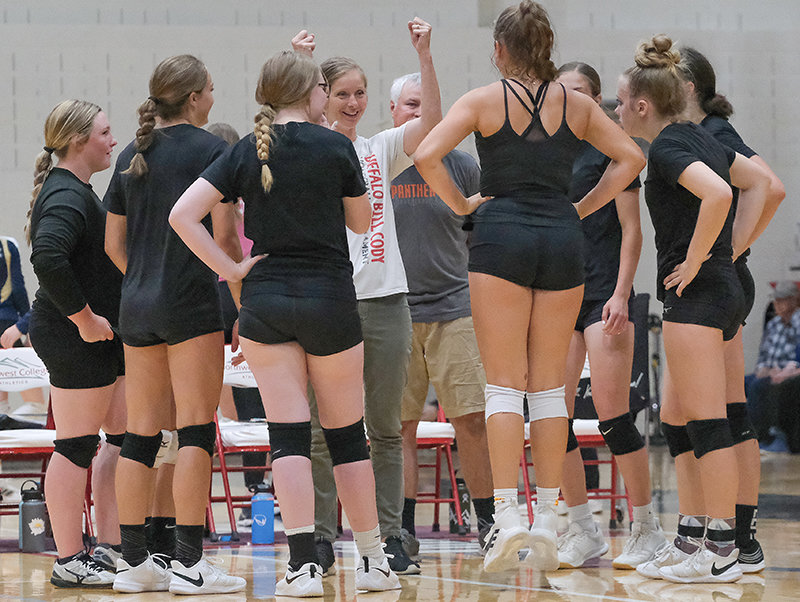 PHS junior varsity coach Chelsi Graham cheers with her team during a timeout while they competed at the NWC volleyball camp on July 26.
Tribune photo by Seth Romsa 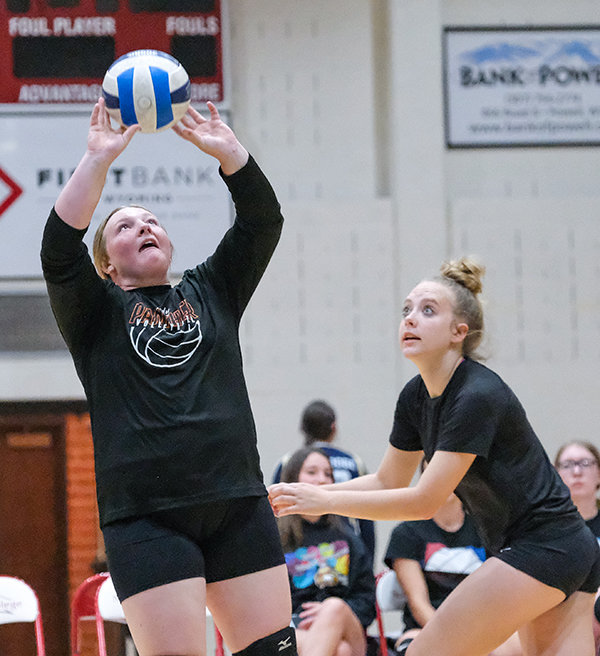 Cami Gernhart sets the ball to Gretel Opps while the Panther girls got in some summer reps during the NWC volleyball camp.
Tribune photo by Seth Romsa
Previous Next
Posted Thursday, August 4, 2022 8:10 am
By Seth Romsa

High school sports are fast approaching, and the NWC volleyball team gave teams from the northwest portion of Wyoming – along with Montana –  an opportunity to hit the courts on July 25 and 26 before the season starts in just over a week.

Ten teams from Powell, Cody, Lovell, and Red Lodge, Montana –  and a team made of recruits –  competed over the two-day camp.

“I think it is great for the teams, and it is good for us because we get kids on campus to interact with our players and coaches,” Trapper Volleyball Coach Scott Keister said. “It is great for these kids because they are getting in here and getting more reps.”

He said that some teams come in with the opportunity to work on lineups before heading into the season.

This year the camp had fewer attendees than in the past, but Keister believes that’s due to coaches being hired late and not receiving word of the camp in time.

“We are hoping next year to get more teams involved,” he said.

He said the camp usually draws players from schools such as Rocky Mountain and Burlington, both of which did not attend this year.  Lovell was a new addition, however, and it assembled multiple teams.

Keister is hoping that next year, the camp will draw nearly every team from the northwest portion of the state, but he understands it can be difficult bringing kids on Monday and Tuesday to Powell ­— especially with summer activities hitting their peak at the end of July.

Over the summer, the Trappers brought in 376 kids to participate in camps.

Camps took place over 14 days in the summer, and more than 100 hours of instruction and camp were offered by the NWC program.